A tale of two regions 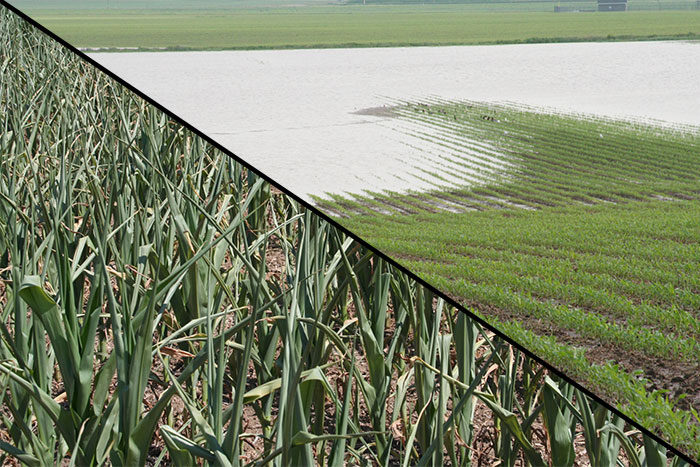 “It was the driest of times, it was the wettest of times . . .” might be the opening of a modern-day Charles Dickens novel. Why? Because depending on where you bought your 2017 fishing license has the pond either overflowing or ankle deep. The forage crop ramifications have been and will be significant in both situations.

The drought in the Northern Great Plains has been well documented and continues to provide challenges for forage and livestock producers. Feed supplies are short, livestock are being sold, hay is being hauled, Conservation Reserve Program acres are being cut, and it’s now reached the point where survival to fight another day has become the end game.

What farmers and ranchers in the Upper Plains need the most is what other regions have had way too much of this growing season — relentless rain. Count New York and other Northeastern states as those on the wet side. Their problems are far different than the ones being experienced in the Plains.

“Every area of the state has had at least 50 percent more rain than normal from April through July,” said Joe Lawrence during a Cornell University Pro-Dairy webinar held last week. The dairy-forage systems specialist said a lot of the corn was planted during late May or June, well behind normal and now in peril of not reaching maturity before the first killing frost.

“Start categorizing cornfields based on when they silk,” Lawrence said. “Cornell data indicates that 750 to 800 growing degree days, or six to seven weeks, are needed to get the crop from silking to silage maturity and the likelihood of that happening for corn silking after the middle of August is pretty slim,” he opined.

Lawrence suggested making plans for storing any immature corn that gets harvested for silage in a separate bag, bunker, or pile. He also noted that for those who will be short on corn silage, grain corn growers may have acres available for purchase that have no chance of reaching physiological maturity for the grain market.

New York’s corn silage quality has the potential to be compromised this year, according to Lawrence. Though adequate rainfall at pollination and harvesting at the proper dry matter content (32 to 38 percent) helps drive starch content, the now warmer and wetter conditions are cause for lower fiber digestibility.

Rick Grant, president of the Miner Institute in Chazy, N.Y., agrees. In a recent Farm Report newsletter, Grant wrote, “It’s increasingly likely (because of the warm, wet weather) that we’ll be feeding some significant amount of poorly digestible forage fiber this winter, and we need to start thinking about how to best do it.” He suggests taking a close look at 2017 undigested neutral detergent fiber (uNDF240) values when forage analysis sheets are returned from the lab.

The relentless rain has also taken its toll on alfalfa yields and forage quality. “Harvest patterns were significantly impacted,” Lawrence said. “It’s going to be important to inventory both forage quantity as well as quality.”

Ron Kuck, who is with Cornell cooperative extension in Jefferson County, indicated that more forages have been put in storage at wetter than desired levels and may also have elevated ash (soil) concentrations. Both factors can impact fermentation and for this reason the forage specialist recommends having fermentation analysis done on suspect stored silages.

“Wet silages promote clostridial growth and the production of butyric acid, which consumes carbohydrates and proteins,” Kuck said. “High acetic acid concentrations are also undesirable and can often be explained by the harvest moisture being too wet.”

Lactic acid: 4 to 7 percent and 65 to 70 percent of the total silage acids

Though a string of wet months has been less than ideal from a forage quality standpoint, both Cornell forage specialists suggested to make the most of the remainder of the growing season and to minimize storage and feeding waste going into and through the winter. One way to do this is to make sure bunkers and piles get packed adequately during filling.

“We want to see 800 pounds of packing weight per ton of forage delivered per hour,” Kuck said. “The minimum density we like to see is 15 pounds of dry matter per square foot, but 18 pounds is more desirable and attainable.”

Pursuing a passion Next