Weighing in on bale weights 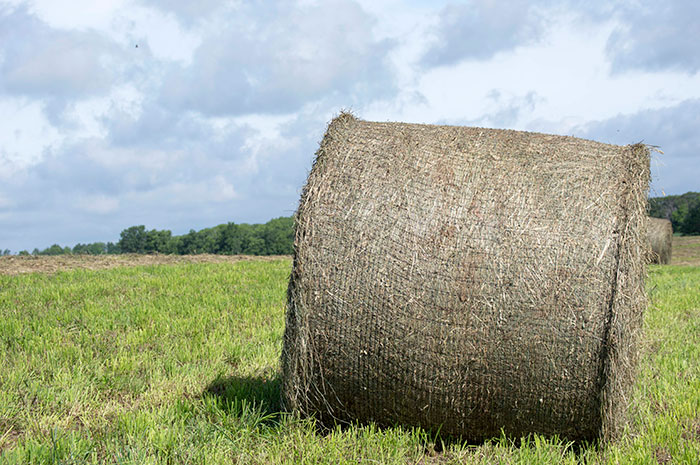 It should be pretty easy — weigh the bales and then buy or sell the bales based on that weight. Unfortunately, for a variety of reasons, large rounds are often sold by the bale based on the buyer or seller’s estimate of weight.

How good are these estimates? Often, not even close enough for government work.

For many years, I helped coordinate a monthly quality-tested hay auction where sellers had the option of selling by the bale or by weight from a certified scale. Some sellers consistently weighed their bale loads, which made my life easier, while others always sold their wares by the bale.

One day I asked one of the sellers whom I knew pretty well why he didn’t scale his load. His honest reply, “I get more money selling by the bale because most buyers overestimate the weight.” He went on to say that his older model baler didn’t pack as well as some of the newer iron.

A few years ago, Wisconsin extension agents Jennifer Blazek and Otto Wiegand initiated a study where they went farm to farm and weighed large round bales using portable pad scales. However, before determining the actual weights, the agents and the bale owner/producer took a crack at estimating the average bale weight (three bales were weighed at each farm).

Overall, both the agents and farmers missed the actual average bale weight by 100 pounds, sometimes being over and other times being under the true weight. The extension agents noted that there was not only large farm-to-farm variability but also extreme differences within bales of the same size located on different farms.

The list of factors that can influence the weight of a large round bale include:

• Model and age of baler

Bale density also plays a rather large role in final bale weight. It often ranges from 9 to 12 pounds per cubic foot. In a 5-foot by 5-foot bale, the difference between 10 and 11 pounds of dry matter per square foot amounts to over 100 pounds per bale at both the 10 and 15 percent moisture levels. Missing the weight of a bale by 10 percent amounts to some pretty significant dollars if multiple tons are being purchased.

Forage moisture also plays a role in bale weight but to a lesser degree than bale density unless bales are extremely dry or wet. Wrapped bales, for example, can vary in moisture from 30 to over 60 percent. When purchasing baleage, it is always recommended to either weigh the bales or have a rock-solid moisture test.

Time of purchase impacts bale weight in two ways. First, if you’re purchasing bales out of field, they are likely going to be at a higher moisture level and weight than they will be after being cured in storage. Additionally, there is also a natural tendency for dry matter loss during storage that the buyer will incur if bales are purchased immediately after baling. As has been well documented by research, storage losses can range from below 5 percent to over 50 percent, depending on storage method.

Forage species also affects bale weight. Grass bales generally will weigh less than legume-based bales of similar size. This is because legumes such as alfalfa will make a denser bale than a grass species. In the previously mentioned Wisconsin study, the average weight of a 4-foot by 5-foot legume bale was 986 pounds. This compared to 846 pounds for grass bales of the same size.

Plant maturity is another factor that impacts bale density and ultimately bale weight. Leaves generally pack better than stems, so as plants mature and develop a higher percentage of stems to leaves, bales generally become less dense and weigh less.

Finally, there are many models of balers of differing ages. This variation, coupled with operator experience, lends further variability into the bale density and weight discussion.

Given the number of variables that determine the actual bale weight, buying and selling large round bales based on a weight guess is likely going to result in a transaction that is either above or below market value. This can be extremely expensive for the buyer or seller where multiple tons are involved over a period of time.

Weighing bales might not be as convenient as not weighing them, but there are very few situations where it’s not an option. We weigh grain, feed inputs, crop inputs, calves, cows, and milk . . . why not hay?

Cheap seed is not always cheap Next

Fiber analysis is ever evolving Previous