Implemented voluntarily by seed brands, the Checkoff is assessed at $1 per bag of alfalfa seed sold with 100 percent of funds supporting public alfalfa research. The first project results are just being completed; detailed reports can be viewed on NAFA’s searchable research database at alfalfa.org.

Alfalfa yields can be improved through breeding, believes Charlie Brummer. It’s just going to take longer than he’d hoped, said the Center for Plant Breeding Director at the University of California-Davis. 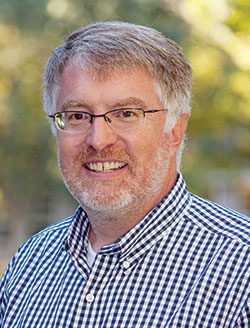 Charlie Brummer, UC-Davis $49,988
Building on previous genomic selection research, Brummer and his colleagues used a computer model to see if they could predict yield based on genetic markers. “Then we selected plants for higher yield and for lower yield from within a breeding population, using only genetic markers. We were very successful at selecting for lower yield and less successful at increasing yield,” he said. “But we see there is a signal for yield in these predictive models, and I think the opportunity is there to boost yields.”

Using the previous research helped confirm that genetic markers could work, but a “more methodical approach to generating data and building and applying models is needed,” he added.

“In our second objective, we were going to look at some relationships of different germplasms,” Brummer said. “But we had some methodological problems; we aren’t sure what happened. We generated data that just didn’t make sense.” With some adjustments, the experiment is being repeated.

The third part of the research investigated whether drone-based sensing could be used to measure plant height and biomass yield as a faster option than actually harvesting and weighing alfalfa plots. “This would be potentially very important in terms of improving yield,” Brummer said. “The hope is that we could use these sensors to help us predict what the yield is so we don’t have to measure every harvest by hand or with machines.”

He continued, “The idea is to make the whole selection process more data-driven, more accurate, more effective, and faster. Preliminary results look promising; we could predict yield pretty well with the drone-based sensor data. I don’t want to get too excited about it because these are preliminary. But so far it looks really positive,” said the long-time plant breeder.

Sensing technology may allow researchers to gather more yield data from more test plots and possibly lead them to gather alfalfa regrowth information, which would help in the selection process.

“We do know we haven’t made a lot of yield progress in the past doing what we have been doing in alfalfa breeding — outside of better yield by virtue of improved disease or insect resistance,” Brummer noted. “So looking at alternatives is useful. Genomic marker-based selection for yield might work, especially if we tweak some things. The sensors to predict yield based on flying a drone to obtain sensor readings might work to estimate yield, but more work is needed. That work will go on, using additional Checkoff funding,” he added.

“This is the first time since I have been working in forages for the last 30 years that we have had commodity funding for research. It’s really great that we have this opportunity in alfalfa to have producer-driven research, and anything we can do as researchers to make the crop better for farmers is fantastic,” Brummer said.

The optimistic researcher continued, “The Alfalfa Checkoff is a great program, and it has the potential to do great things for alfalfa that we haven’t had the money to do.”

Being able to tap into Checkoff funds as well as the National Institute of Food and Agriculture’s Alfalfa Seed and Alfalfa Forage System Program is allowing Brummer the money for a “critical mass” of alfalfa research. “It allows us to do things we couldn’t do with either program independently,” he said.