Turning back the plant maturity clock 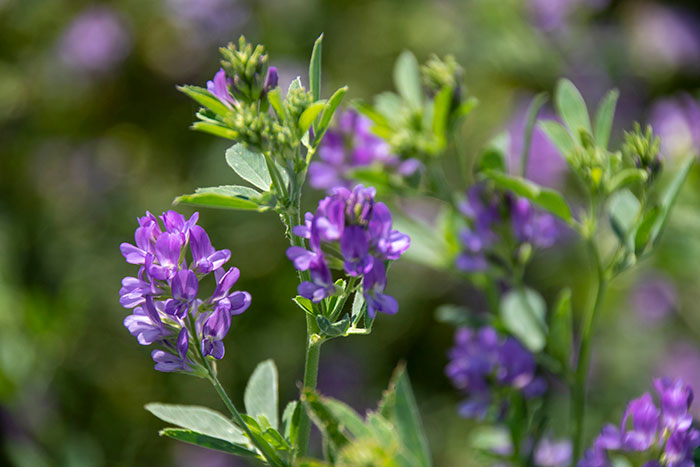 There’s an old saying that goes something like this: “You can’t get blood out of a turnip.” It often is used in context with trying to get money out of someone who is either excessively frugal or just flat-out broke.

The same principle might apply to getting copious amounts of milk out of low-quality forage. Hay that is made deeper into plant maturity than desired or is damaged by rain during wilting is going to put a lid on potential milk production. It is what it is . . . or is it?

Research from the Miner Institute in Chazy, N.Y., suggests there is a way to improve the diet performance of a moderate-quality hay crop simply by ratcheting down the theoretical length of cut (TLOC) on the chopper; in other words, reducing the particle size.

Rick Grant, a research dairy scientist and president of the Miner Institute, worked with graduate student Wyatt Smith to help define the relationship between particle size and fiber digestibility. He discussed the results and their implications at the Four-State Dairy Nutrition and Management Conference in Dubuque, Iowa.

In the Miner Institute study, high (11.5 percent) and low (8.8 percent) undigestible neutral detergent fiber (uNDF240) rations were formulated. These levels somewhat bracket what is generally fed in the industry.

Within each of these rations that were based on corn and haycrop silages, a Haybuster hammer mill was used to grind dry timothy hay to a long and short particle size, offering two levels of physically effective NDF (peNDF). This resulted in four different rations that were evaluated:

“Low intake is what you’re going to see all day long if you have forages that contain high uNDF240 levels,” Grant said. “When you manipulate particle size, however, it will impact the amount of NDF that a cow consumes.”

“We still have a lot to learn about a cow’s chewing behavior and its relationship to particle size,” Grant said. “Studies show that particle size doesn’t always impact rumination time, but it does impact eating time. Cows take large particles down to small ones during eating, not during rumination. We’re kidding ourselves if we think a overly coarse diet is populating the rumen with large particles,” he added.

Grant explained that with coarse-particle diets, the cow is forced to spend more time eating at the bunk. “That’s a cost to her when she could be lying down and ruminating,” he said.

Minimizing time at the bunk and more time ruminating is one reason why forage quality is so important; however, diets that are low in uNDF240 will still need adequate peNDF to maintain rumen health.

Grant also noted that the forage left on the top screen of the Penn State Particle Separator is probably the least valuable to the cows as it may be sorted and extends her time at the feedbunk. He likes to see less than 5 percent on the top screen.

Based on this and other research efforts to date, Grant views these relationships as cause for adjusting the TLOC based on the maturity (or NDF and uNDF240) of the hay crop being chopped. Though not ready to throw out specific recommendations just yet, he anticipates heading in that direction. He also suggested that these relationships need to be tested on more forage types such as legumes and pastures.

A front row view of dairying in Kenya Next