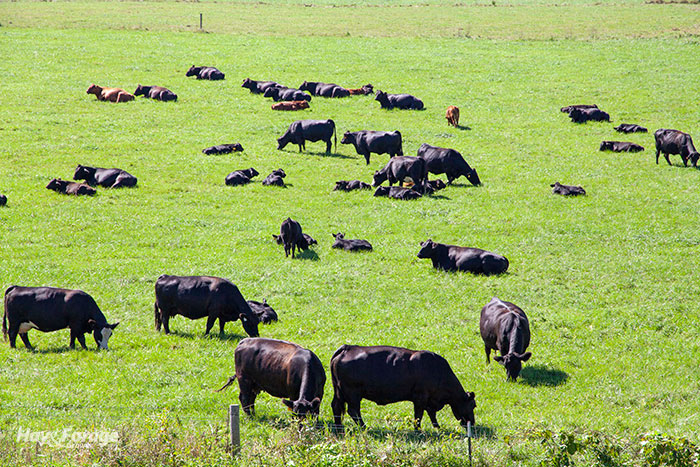 It was probably close to 30 years ago — one of the first American Forage and Grassland Council conferences that I ever attended. The most anticipated presentation at that meeting was a political campaign-style debate between the University of Missouri’s Jim Gerrish and Auburn University’s David Bransby. The topic being debated was continuous (Bransby) versus rotational (Gerrish) grazing.

The hype for the debate didn’t disappoint during the actual event. The house was packed and each presenter jabbed back and forth for their grazing system preference. It was both educational and entertaining, especially for a relatively new county extension agent like myself.

These days, you will still find both grazing systems used, although many more livestock producers have converted to rotational systems than was the case in the early 1990s.

This past summer, Paul Beck, an extension beef specialist at Oklahoma State University, renewed my memory of that 30-year-old debate with a presentation on continuous versus rotational grazing during one of OSU’s Rancher’s Lunchtime Series webinars.

According to Beck, the primary advantage of a moderately stocked, continuously grazed pasture system is diet selection. “The animal has the entire pasture to select the plants and plant parts for the highest quality diet,” Beck said. “This results in pretty good animal performance, and the animal will actually harvest higher quality forage than that of the overall pasture.”

When livestock are given their choice of plants to consume in a continuous-grazed system, it can lead to the high utilization of desired plants and plant parts, resulting in low grazing uniformity. As a result, the same pasture can be both “overgrazed” and “underutilized.”

On the flip side, where pastures are divided by cross fencing into multiple paddocks, diet selection is reduced. “When rotational grazing is used, the animal’s diet is lower in quality, or at least more variable,” Beck explained. “The desired plants are still consumed first, but then they get a break, and this allows for rebuilding of root stores and leaf area. Overall, there is greater grazing distribution,” he added.

Beck noted that when continuous versus rotational grazing is compared in research trials, animal performance on a per head basis is often better for the continuous-grazed system because the diet isn’t restricted.

Of course, animal performance on a per head basis may not always be the best indicator of profitability. In the case of continuous grazing, the utilization efficiency of forage, fertilizer, and land suffers. In fact, the estimated utilization of forage is only 30% to 35%.

A more controlled rotational grazing approach improves forage utilization to 50% to 75%, depending upon how many paddocks are used and the rotation cycle length. So, Beck said, the real trade-off between these two systems is diet uniformity versus forage utilization. Water availability is also a consideration, which can be a more expensive component in a rotational system.

The ability to manage the pasture forage resource is always going to be better with rotational systems where the plants aren’t over utilized and they have time to recover. This will especially be true during periods of dry weather.

Beck shared the results from a research study that was done in Arkansas and compared continuous grazing to rotational grazing at two stocking rates, either 2 or 1 acres per cow. The rotational system included stockpiled bermudagrass and interseeded cool-season annual grasses to extend the grazing days. A few of the take-home results from the study were as follows:

• Calf weaning weight was highest for the continuous-grazed system.

• The number of days that cattle needed to be fed hay was significantly less for the rotational system.

• Additional hay was able to be harvested in the rotational system.

As with many decisions involving livestock and forage utilization, there are trade-offs between continuous and rotational pasture systems, but Beck points out that the success of either system requires adequate soil fertility and weed control.

Both grazing systems are still used for good reasons, but the trend is for more rotational systems that maximize forage utilization, extend grazing days, and offer the opportunity to maximize profit per acre where the needed management is applied. Even so, it still makes for a great debate.

What business are we really in? Next