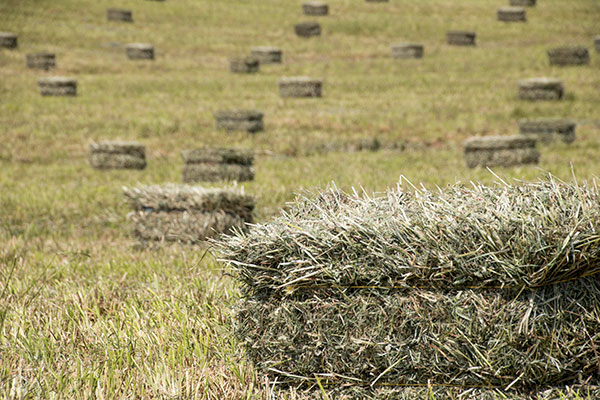 I wonder what Ed Nolt is thinking these days. Many people argue that the small square bale is all but a history lesson . . . but is it?

Nolt, a Pennsylvania Dutchman, invented the prototype for the small square baler back in the 1930s. His patent was purchased and mass produced during the 1940s. It was an instant hit on farms across the United States.

Nolt’s brainchild made it easy to gather and bind dried forage and put it into a package that could be easily stacked. It beat the heck out of manually picking up loose hay in the field, forking it onto a flat wagon, then hoisting it into the barn using large hooks and some sort of pulley system.

Small square bales were the preferred mode of forage harvesting for many years. When you said “bales,” everyone knew what you meant. There was no need for additional adjectives.

Through the years, improvements were made: more reliable bale knotters, a boost in capacity, and automatic bale throwers, to name a few. Eventually, bale accumulators were brought to the market; these negated the need for any manual labor, especially if you stacked in wide-open poll barns or outside in more arid regions.

Alas, the small square baler was eventually pushed aside by larger hay packages, both round and square. Initially, some of these larger packages sold for a discounted price as many farms were not set up to handle and feed them, especially Northern dairy farms where cattle were housed in stanchions.

Over time, farms got bigger and mechanical means were developed to handle and process the larger hay packages as they were incorporated into totally mixed rations. Soon, it was the small square bale that became a tough sell outside of the hobby farmer or horse market. 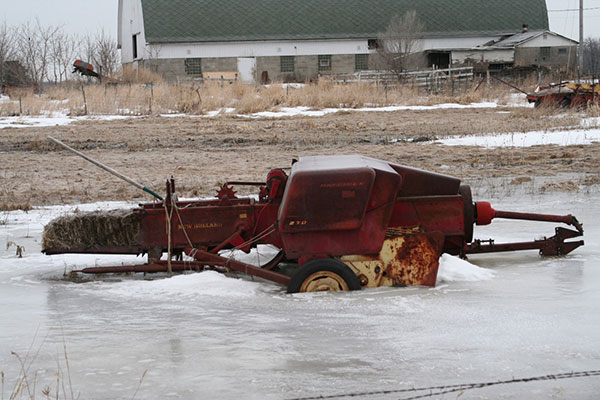 Across the country, small square balers were left to rust in the back 40. Some manufacturers quit making them while those that did made very few and had no interest in devoting resource and development dollars into the product.

Though the small square baler wasn’t extinct, endangered specie comes to mind. Fewer and fewer farm kids grew up hearing the rhythmic sounds of the plunger and knotter or had the need to patch blue jean thighs after every new hay cutting.

Down but not out

Though the small square bale will never again reach national prominence, it’s not time to issue last rites. In fact, if you’re one of those hay growers who has figured out a way to efficiently bale and handle small squares, welcome to what has now evolved into a profitable niche market.

I’m sometimes asked why the price ranges in our eHay Weekly market updates are so large, even for the same state and hay quality. Not always, but often these ranges are made dramatically wider because of the premium being paid for small square bales. Sometimes the additional value approaches $100 per ton or more.

So what’s going on?

I think the first issue relates to farm demographics. It’s true that operations have gotten bigger; a negative market trend for small square bales. However, according to the U.S. Agricultural Census, it’s also true that the number of small hobby-type farms is exploding. These are the type of operations that only want the smaller hay packages.

Within many of these smaller farms, if that’s what you want to call them, are owners who have a few small ruminants, horses, or cattle with no equipment to handle large hay packages. Couple this with a horse industry that has always desired the small square bale and you have a very stable if not growing market. Included in this market is the retail feed supplier that more often than not will only be selling the small squares.

The second factor playing into the small square bale price premium is simply that there are fewer farmers making them. In many areas of the U.S., you’d be hard pressed to find even one. This leaves more of the potential marketplace to the relatively few who have stayed the course and can provide large quantities of small square bales to hay brokers and retailers.

Even though small square bales will never reach the status they enjoyed 40 or 50 years ago, I suspect they will always play a role in filling what is now a growing market niche. What may be more at risk of extinction are the hay hook, hay elevator, and worn-out blue jean thighs.

The ongoing race to find Aphanomyces resistance Next