For good, better, or best

The author is a partner in a custom stocker cattle operation in eastern North Carolina. She holds a master’s degree in animal science from North Carolina State University. 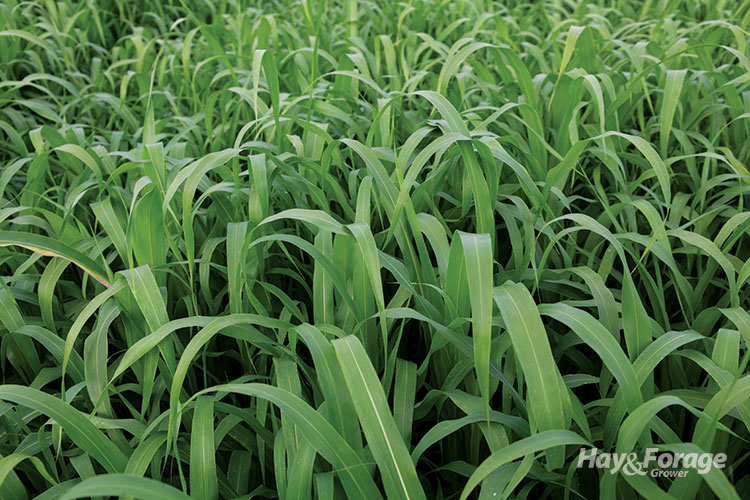 It's been a year since I transitioned from being a regional seed company consultant to farming with my family full time. I feel very settled in this role, and there’s a long list of accomplishments I’m proud of, such as my improved skills as an operator and my newfound comfort in navigating difficult situations. As part of my changed perspective, I have also realized how many farmers I failed in my previous role.

Early in my consultant career, I would visit about 75 farms a year. My intentions were pure — I wanted to be as helpful and supportive as I could be. I was mostly working to create plans for renovating and improving pasture. I would listen intently to the farmer’s wants and needs, ask about their constraints, and would leave an extensive plan behind. I left no steps out of my plans and no questions unanswered. In my mind, all these farmers needed to succeed was the information concisely laid out in my plan.

If every step of those plans were implemented, most of those farmers probably would have been successful in renovating their pastures. However, I can only imagine how many of those plans went unimplemented because they were overwhelming and out of reach. It’s uncomfortable as an adviser to list out a “less than ideal” option. You don’t ever want a farmer to be unsuccessful because you left out details or suggested an option with more risk. However, only presenting the best option is disconnected from reality in that resource (time or money) limitations might make the plan impossible to implement for some operators.

More than one way

This is where a concept called “Good, Better, Best” comes into play. It’s not new, and it’s certainly not exclusively used in the agriculture industry. There may be times you already use this logic in your everyday life. “Good, Better, Best” lays out three categories and options that usually build off of each other.

There will be days when accomplishing the good task is all you can manage. This doesn’t mean you failed. We can all agree that sweeping the floors is better than never tending to them. The hope is that accepting there are options outside of perfection, we will all take more actions on the farm. The worst thing you can do is nothing, and “Good, Better, Best” encourages us to stop waiting for perfection to take action.

Let’s consider this article my attempt to make amends to all those farmers I overwhelmed with detailed, step-by-step plans rooted in perfection. So, here’s my “Good, Better, Best” recommendation for pasture renovation.

Step 1: Suppress existing forage: This is your once-in-a-blue moon permission to overgraze! To give new seeds the best chance to get established, we must try to even the playing field. The established plants in the pasture have deep roots and carbohydrate stores. Overgrazing (or low mowing in hayfields) will be a good way to suppress existing plants.

Step 2: Broadcast seed: Broadcasting seed is fast and easy. After slinging out a couple of passes, check out your spread pattern to avoid having streaks or running out of seed too quickly. The trickiest thing with broadcasting is obtaining the right seeding rate. Calibrating a spreader isn’t always easy, but there are online calculators that use seed number per pound and determine expected seed population per square foot. Another approach is simply to cover a one-acre area with a known amount of seed in the spreader and check your results.

Step 3: Lightly graze: This grazing isn’t about feeding livestock. This light grazing is to manage existing competition. Graze the field once existing plants regrow to 6 to 8 inches. Keep the canopy open to allow sunlight to reach the new seedlings. Overgrazing here would result in a significant loss of new plants, so be careful.

Step 1: Spray the pasture: Use your favorite nonselective herbicide to kill as many of those existing plants as possible. This is once again managing competition. It takes more money and effort up front, but it will also result in a pasture that is denser with new forages. If your pasture is full of undesirable weeds, this step is really worth the effort.

Step 2: Drill seed: Drilling allows us to have more control of the situation. It takes a little bit longer than broadcasting, but a more accurate depth is achieved and a drill is more easily calibrated than a broadcast spreader. Drilling will be more successful in fields with a lot of plant residue on top of the soil.

Step 3: Fertilize after emergence: Feeding those new seedlings just when they need it will speed up tillering, root development, help fight diseases, and usually allow for earlier grazing or mowing than unfertilized fields.

Expectations: The better way will result in a pasture with mostly new forage — although some persistent weeds from the previous pasture may survive.

Step 1: Spray-smother-spray: This method utilizes two growing seasons to build the soil and helps to eliminate persistent perennial weeds. Spray the existing stand, plant a smothering annual crop like sorghum-sudangrass or millet, and then spray one final time to prepare for the perennial forage to be planted.

Step 2: Drill seed: It’s still preferred to drill if possible, although broadcasting seed remains an option if good seed-to-soil contact can be accomplished.

Expectations: The best way will likely result in a pasture with all new forage.

Let’s keep taking actions toward better pastures and hayfields. Don’t let perfection stand in the way of progress. There is always a good, better, or best option.

Summer annual forages can cure many ills Next