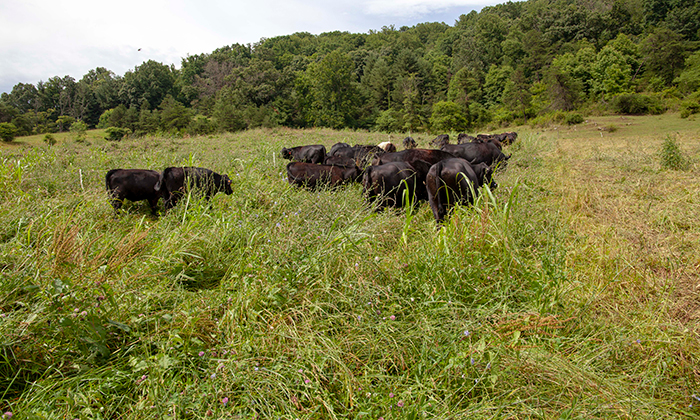 Anyone who knows me will tell you that I like baseball. Perhaps that’s not entirely true; my wife would say I’m obsessed with baseball.I don’t deny it. Though I like the other sports, they’re generally put into the “something to watch until spring training starts” category.Baseball is my diversion, but forage production and utilization is what mostly consumes my life. It’s been that way for a long time.Back when new fencing technologies were first hitting the market and rotational grazing was becoming a more popular production alternative, I was involved in a number of meetings and pasture field days with producers who were considering a shift in management direction.It was during this time and in subsequent years that I realized how much grazing — specifically, rotational grazing — was similar to baseball. Over the years, I’ve added to this list what I think has educational and also a bit of entertainment value. Here it is.1. Both are summer sports. Grazing is only possible when the grass is growing, and that means warm temperatures and moisture are needed. Through the years, baseball has stretched its season from around April 1 to early November. To maintain profitability, a successful grazing operation needs to stretch its season as well; this is often done through stockpiling forages or planting annuals for late fall and winter grazing.2. Both are played on grass. The importance of “good grass” to both grazing and baseball is obvious. A lack of good grass will drastically impact the final score. Always strive for good grass.3. Both require a high level of skill and strategy. Hitting a round ball that’s coming in at 95 miles per hour with a round bat is perhaps the toughest thing to do in all of sports. You need to be blessed with exceptional hand-eye coordination and a flawless swing. Similarly, the successful grazier must also have a good eye for both the cattle and the grass. What may be best for one is not always best for the other.Rotational grazing is a constant exercise of in-game strategy and moves, reacting not to the opposition but rather to changing weather conditions and grass growth. If you’re looking for “easy,” rotational grazing is not a preferred game plan. However, effort and practice will reward you with positive performance results.4. Conditioning is important. Unless we’re talking about beer-league softball, player conditioning is mandatory for peak performance. These days, major league teams have their players on a 12-month conditioning program.For peak livestock performance in a rotational grazing system, both the cattle and the pastures must be in top condition for peak performance. Most often, the two go hand-in-hand. A pasture that is out of condition because of a lack of soil fertility or being overgrazed will result in under conditioned, poor-performing cattle.5. Know when to change pitchers. Knowing when to pull the starting pitcher is always a key decision in any baseball game. Similarly, knowing when to move cattle to a new paddock or pull the cattle off perennial pastures is an equally important decision.6. Errors can cost you. Walks and errors more often than not result in runs for the opposition. Grazing decision errors are similarly disastrous. Overgrazing is probably the most common, but there are plenty of other opportunities for errors in judgment. Many of these are corrected with time and experience. 7. Slumps are a part of the game. Even the best of ballplayers go through a slump at some juncture during the season. Likewise, most grasses do the same, usually during the depths of summer but some are also intolerant of cool growing conditions experienced in spring and fall. Slumps need to be expected and planned for. 8. A good bullpen and bench is essential. There are good reasons why a baseball manager goes to the bullpen or bench to replace a starter. In the case of rotational grazing, there are going to be times when the base perennial pastures need to be pulled from the game, at least temporarily. This is done for the sake of preserving future performance.The astute rotational grazier usually has a bullpen or bench occupied by summer annuals, warm-season grasses, feed supplements, and/or stored forages. 9. Good equipment pays dividends. Having the right equipment that is both dependable and functional is key for both baseball and rotational grazing. A large part of the success of rotational grazing depends on cattle respecting the fence and its components. A strong energizer coupled with quality polywire, posts, and reels are as important as a good ball glove and bat. 10. It’s a long season. With any luck, both the baseball and grazing season will be long ones. Weather has a lot to do with this; so does off-season planning. In-game adjustments are important, but success usually comes to those who plan for it. General managers build their team’s depth in the winter, knowing that there will be injuries and below average performance by some players. The livestock grazier needs to plan for extreme weather conditions such as drought as well as the normal occurrence of summer forage slumps.

Are greens good for you? Next

The oddity of forage nitrates Previous