Where is grass good? 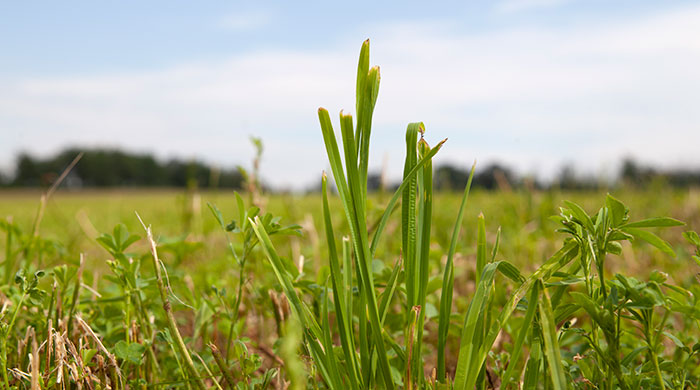 Grass — any grass — is somewhat peculiar in that a specific species or variety likely will perform differently depending on what region or state it is grown in.

That was just one of the take-home messages from Jerry Cherney during a presentation at World Dairy Expo in Madison, Wis. Cherney is a forage extension specialist and professor at Cornell University in Ithaca, N.Y.

“In New York, when we’ve compared meadow fescue to just about anything, it always has superior fiber digestibility,” Cherney said. “However, if you look at it in Kentucky, for example, it’s actually inferior to some of the other species.”

Cherney explained that grass is simply more sensitive to the environment in different regions than alfalfa tends to be.

“I probably wouldn’t be too uncomfortable looking at a ranking of alfalfa varieties in Utah and picking one for New York,” Cherney noted. “But I’m not sure I’d want to pick a grass species or variety based on performance data from Pennsylvania, which is right next door.”

Given that grasses are so environmentally sensitive, it’s critical that growers make decisions based on testing in their own region or state. Unfortunately, that is becoming harder to do as grass-testing programs and the scientists responsible for doing them are being dropped by many state universities.

A large majority of growers in the Northeast harvest alfalfa-grass mixtures. Cherney pointed out that many of their soils have suboptimal soil drainage, which favors grass, and their research confirms that both yield and cow performance are as good or better with alfalfa-grass mixtures as with pure alfalfa stands. 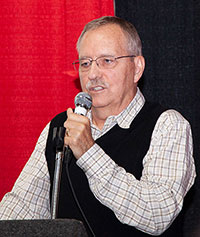 “We have come to the conclusion that about 20 to 30 percent grass in an alfalfa stand is optimum,” Cherney said. “Perhaps the biggest thing that impacts how much grass you will end up with is soil moisture status for one month postplanting. If you have just enough moisture to germinate the grass seed, and then it turns dry, grass is more prone to die than alfalfa,” he explained.

Cherney pointed out that their testing has found significant performance and quality differences between grass species. In New York, the shining star to date has been meadow fescue.

“Establishing and maintaining a consistent grass percentage is a challenge,” Cherney said. “It’s perhaps the biggest disadvantage of an alfalfa-grass system.”

Cherney is currently evaluating different varieties of meadow fescue to discern differences in performance, forage quality, and competitiveness with alfalfa.

When choosing any grass variety to grow with alfalfa, the forage specialist emphasized the need to choose those that are late maturing. This trait, like others for grasses, may vary depending on the environment it is grown in.

The seed-selection game has changed Next