This item has been supplied by a forage marketer and has not been edited, verified or endorsed by Hay & Forage Grower. 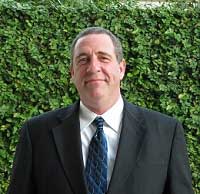 John Russell
The National Hay Association presented the Haymaker of the Year Award to John Russell of Pemberville at its 123rd Annual Meeting in Kansas City, MO, held September 12-15, 2018. The award honors members who show outstanding service, dedicated leadership, generous contribution, exceptional performance or inspiring commitments to the NHA and the hay industry. It is the highest honor that a NHA member can receive.

John owns and operates JD Russell Hay and Straw. Neither John nor his wife Denise came from a farm family. But in 1985 they sowed the seeds of their dream, working together part-time with less than $1500 in equipment. Expanding every year, and paying cash for equipment, the Russell's worked hard until they were able to devote themselves full-time to the business in 1992. Today with seven children and eight grandchildren so far, the Russell's work together in what John describes as their “family passion” – producing top quality hay and straw for horses. To John, reputation is more important than profit. Long-term relationships with customers and vendors are the highest priority.

John joined the NHA some 25 years ago and has served on various committees. He currently co- chairs the BY LAWS Committee and also serves as a member of the Board of Directors.

About The National Hay Association

Founded in 1895, The National Hay Association is the national trade association for the U.S. hay industry, working daily within the industry, federal agencies, and the Congress itself to create an environment that benefits hay merchants and the people who depend on hay and straw in their commerce. A non-profit organization, NHA's activities are funded entirely through membership dues. NHA proudly represents hay producers, brokers, dealers and consumers of forage products, as well as disciplines and activities of businesses that provide products and services to the hay industry.