Implemented voluntarily by seed brands, the Checkoff is assessed at $1 per bag of alfalfa seed sold with 100 percent of funds supporting public alfalfa research. The first project results are just being completed; detailed reports can be viewed on NAFA’s searchable research database at alfalfa.org.

Reduced-lignin alfalfas were lower in lignin and higher in neutral detergent fiber digestibility (NDFD) when compared with conventional varieties as well as those marketed by alfalfa seed companies as high quality. This was a conclusion of University of Minnesota and Cornell University joint research that analyzed alfalfa forage quality and yield over a 2017 seeding year and a 2018 full-production year. 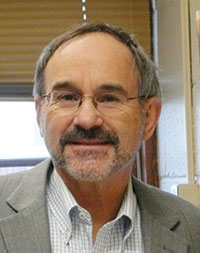 Seed marketers and breeders voluntarily entered varieties in the trial and indicated whether their entries were reduced lignin, conventional, or conventional and marketed as high quality.

Yet, some alfalfa varieties marketed as high quality did, at some stages of maturity, appear to exhibit traits other than reduced lignin contributing to higher forage quality. The high-quality category of varieties may have been leafier or had less leaf loss than the other two categories, Sheaffer pointed out.

“We are in the process of carefully reviewing our data to identify those varieties providing exceptional forage quality within each group and trying to identify other traits (besides reduced lignin) that may affect our results,” he said.

What farmers can take from this research, he said, is that they should read alfalfa seed labels carefully, ask questions, and buy for forage yield, stand persistence — and forage quality.

“As it looks to me, if you get a variety with reduced lignin, you can be assured of having higher digestibility. If you’re buying any of the other ones being marketed as high quality, you need to ask your salesperson: ‘What evidence exists that it is high quality?’ What data is available showing it is high quality versus a conventional variety? If a company is going to say it is high quality, a farmer should be able to see the data. If you look at the average numbers within our data, there is no difference between the control and high quality.

“Plant more than one variety from more than one company so you can do your own comparison,” Sheaffer suggested. “You’re going to be the best judge of what will yield and persist well, and you can determine if there’s a quality difference. As you feed alfalfa as part of your ration, you can find out how your cows milk.” 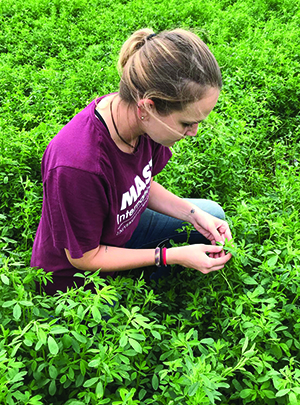 • Evaluate forage quality of new alfalfa varieties sampled in two environments over a range of maturities.

• High-quality and conventional alfalfas did not differ in lignin concentration and NDF digestibility.

This article appeared in the August/September 2019 issue of Hay & Forage Grower on pages 12 and 13.