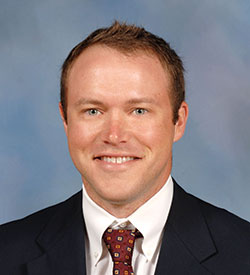 Brett Rushing
Mississippi State $39,000
Mississippi State’s Brett Rushing is one of several researchers working to show how Southeastern farmers can improve their forages’ quality by interseeding alfalfa into warm-season grasses. But he also feels the legume may be part of the solution to nutrient overloads caused by poultry litter spread on the same Mississippi fields year after year. Alfalfa requires nutrients like phosphorus and potassium, and poultry litter contains both, as well as nitrogen, calcium, magnesium, sulfur, and micronutrients.

“The incentive of this project is that we have an abundance of chicken litter in this state that is high in phosphorus,” he said. “We thought, how can we alleviate phosphorus overload, produce a crop that will mine it out, and give us an alternative place to haul litter? Since alfalfa removes a good bit of phosphorus, we were thinking: ‘That is a forage crop that we might be able to produce in these areas.’”

In addition, the quality of hay produced the past 20 to 30 years in Mississippi has declined, Rushing said. “We’re feeding dry cows with dietary restrictions that aren’t high, and that allows them to get away with lower quality feeds. Our efficiency in feeding is really low, so we begin to supplement.”

Based at the Coastal Plains Branch Experiment Station at Newton, Rushing is targeting his research toward forage farmers who know how to manage fertility on their current crops. He and his Mississippi State colleagues Rocky Lemus, extension forage specialist, and Joshua Maples, extension livestock economist, want to show that growing alfalfa will be cost effective despite the initial higher costs of seed. 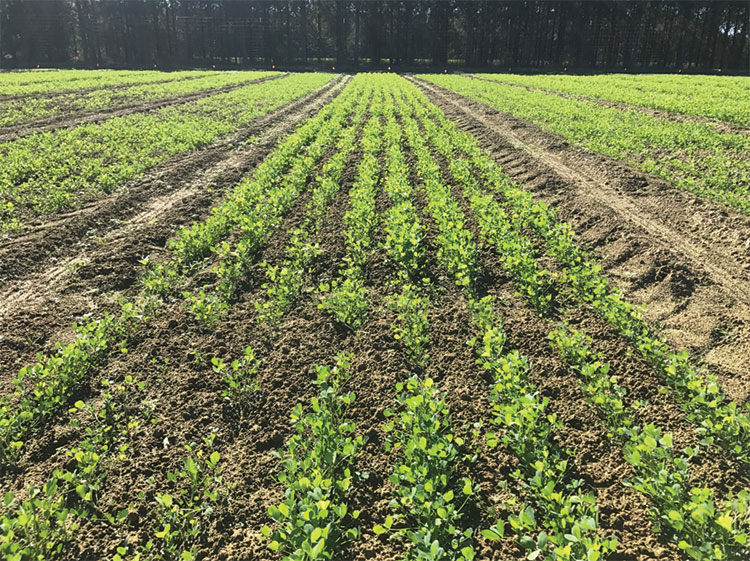 “If we can get hay farmers to produce a better-quality product, small cow-calf producers who are buying hay from them can reduce their supplementation needs,” Rushing surmised. “They wouldn’t have to buy a poorer quality feed plus a supplement.” 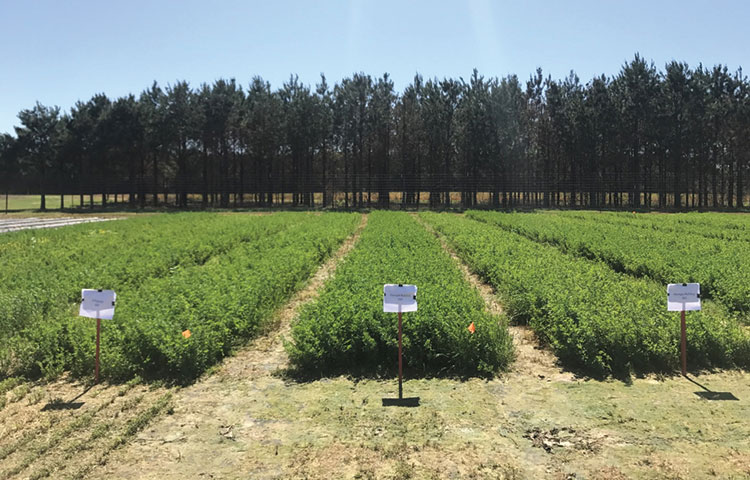 In his research, conducted in 2017 and 2018, Rushing compared Bulldog 505, Bulldog 805, and AlfaGraze 600RR. They are all alfalfa varieties that can contend with the high-rainfall, high-humidity, and pest-pressure conditions for which the South is known. “Based on variety, we didn’t see much difference in yield or forage quality, which is good,” Rushing said. “Any of these varieties, based on producer needs, we can recommend.”

“We also didn’t measure a whole lot of difference in fertilizer treatments, which, in a way, is good, too, because it then really just gets down to price. Most of the time, depending on nitrogen prices, chicken litter is going to be the cheapest in terms of the amount of all the nutrients combined in that litter versus buying that same amount as commercial fertilizer,” Rushing said. 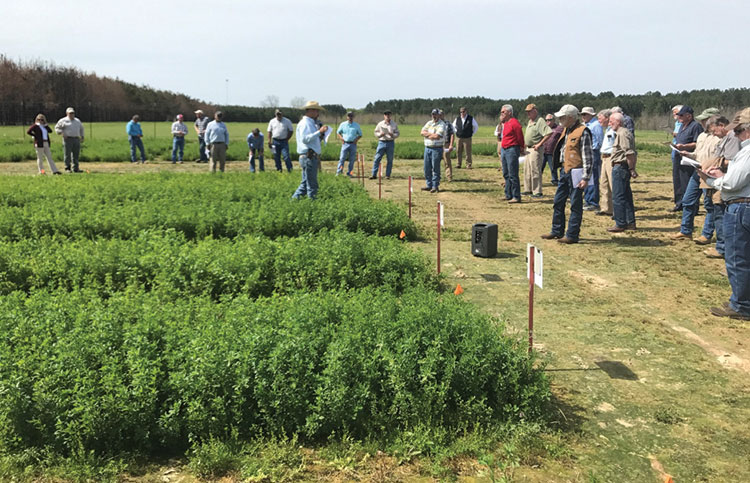 “This is simple, applied research,” he added. “We’re introducing new varieties; we’re adding a couple of different management schemes to help transition from our traditional dry grass hay production; and we’re looking into baleage. Here at the station, we’ve got about 72 years of weather data. Based on that data, we’re actually getting an average 6 to 7 more inches of rain per year than we did 70 years ago. That increase in rainfall makes it more difficult for us to put up dry hay. By putting up baleage, it allows us to put up higher quality feed.”

Rushing and colleagues will next analyze soil samples taken during the project to quantify how much phosphorus alfalfa varieties can remove based on what was applied. “We’re also going to develop a complete economic analysis on all these treatments and variables and then present those results to farmers,” he said. “Even based on two years of data, that’s going to give them some good information.”

This article appeared in the November 2019 issue of Hay & Forage Grower on pages 20 and 21.