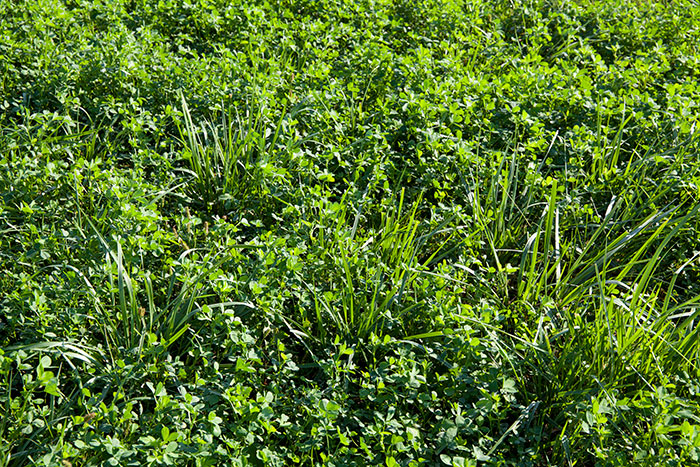 Alfalfa has been identified as one of the crops that is eligible for government payments to farmers as a result of the retaliatory tariffs imposed by China on agricultural crops — alfalfa hay among them.

Officially, it’s called the Market Facilitation Program (MFP) and encompasses $14.5 billion in direct payouts. Interestingly enough, all alfalfa growers are eligible, even if you’re a dairy or beef farmer who feeds all of their haylage or hay on-farm rather than selling it domestically or for export. Payment eligibility is based solely on planted acres, assuming other typical conservation compliance requirements are met.

Of course, alfalfa won’t stand on equal ground with some of the other commodity crops in terms of payouts. Expect soybean farmers to top that perch as they have been hit the hardest by the China tariffs. On the other hand, something may be better than nothing.

Devil in the details

Recently, Corey Geiger, the managing editor of our sister publication, Hoard’s Dairyman, received an email from a dairy farmer sharing his experience while signing up for the MFP program. As described, the farmer was denied eligibility for putting “Alfalfa-grass mix” on the application instead of “Alfalfa hay.” The applicant was a bit confused and miffed.

Geiger, who attended the press conference with USDA Secretary Sonny Perdue at World Dairy Expo, posed a question to the secretary that outlined the dairy farmer’s experience. As chronicled by Geiger in a recent Hoard’s Dairyman Intel post, here’s how the secretary responded:

“We can look into that. We have to specifically enumerate the crops that are specifically eligible for market. I was not aware of an alfalfa-grass mix. I can understand where you draw a line as it can be pretty subjective if you have a whole alfalfa field that has been overrun with another type of grass, ‘Is that an alfalfa mix or what?’

“As for the Market Facilitation Program, we had to enumerate the specific crops that were eligible . . . and obviously alfalfa hay. I know alfalfa, I’m not sure I’ve seen other than an exhausted alfalfa field that’s been overtaken, I’m not sure that I knew that it was planted as a mix crop. Again, we can look at that.”

They did look into it, and here is USDA’s official response to the alfalfa and alfalfa-grass dilemma:

“Alfalfa-grass and/or legume mixtures are deemed ineligible for the 2019 MFP.

“Acreage reported as alfalfa (crop code 0027) is defined as a stand that contains 60 percent or more seeded to alfalfa, even if it is a mixture.

“Mixed forage acreage that has less than 60 percent alfalfa in the stand is not eligible to be reported as alfalfa and is reported as an alfalfa-grass mixture.

“The U.S. Department of Agriculture expanded the scope of eligible commodities from the assistance provided in 2018 to include all of the farm bill commodity title-eligible commodities, in addition to several others that were directly affected by unjustified retaliatory tariffs like alfalfa.”

Still a lot of gray area

So, what we know for sure is that if you grow alfalfa in pure stands, you’re most likely eligible for MFP payments, regardless of final utilization. The USDA response is also clear that alfalfa must comprise at least 60 percent of a stand to be eligible for a payment and, more importantly, be reported as alfalfa rather than an alfalfa-grass mix. For example, if a stand is 70 percent alfalfa and 30 percent grass, report it as “Alfalfa.”

By now, the same thought that came to my mind has probably also come to yours. Alfalfa-grass stands are notoriously dynamic. The same stand can be 40 percent alfalfa in the spring, 80 percent or more in mid-summer, and 60 percent in fall. Take your pick on evaluation timeline, I guess.

Seeding rates are of little help either. Is it 60 percent based on seed weight or 60 percent based on seeds dropped per square foot? Also, the same seeding rate for alfalfa-grass mixtures can result in dramatically different compositions from year-to-year; it’s often contingent on spring and summer soil moisture availability in the year of seeding.

Both USDA and farmers are in a tough spot on the alfalfa-grass mixture issue. I’m guessing, at the end of the day, nobody is going to devote a lot of time to policing the issue — nor should they. There are simply bigger fish to fry.

Alfalfa nitrogen credits are a no-brainer Next

Checking in on reduced-lignin alfalfa Previous