Be smart with high-priced fertilizer decisions 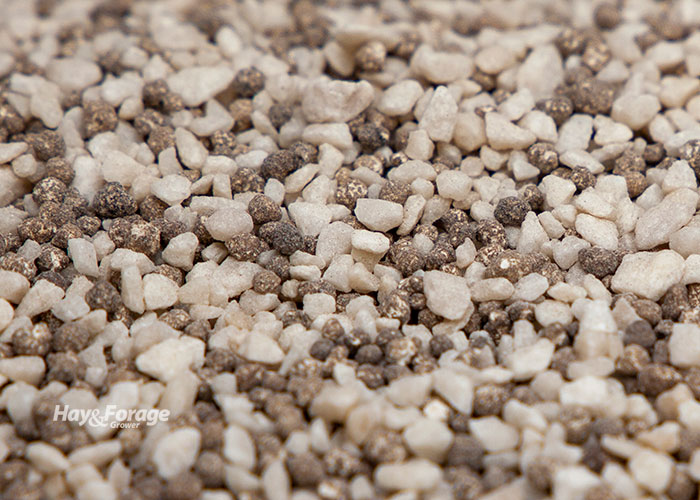 The fertilizer price landscape has experienced a dramatic change during the past months.

“High fertilizer prices mean we need to tighten up nutrient management,” said John Grove at last week’s Kentucky Grazing Conference. “We really need to think about doing a better job managing nutrients, both the ones we already have as well as the ones we’re likely to be applying.”

The extension soils specialist with the University of Kentucky pointed out that there is no reason to apply nutrients that are not needed, especially given the current cost of fertilizers.

“In a grazing operation, nutrient removal is largely driven by animal removal,” Grove said. “Nutrient removal in a pasture system generally isn’t as high compared to other crop production systems. But it’s also important to control nutrient losses from soil erosion, water runoff, and the chemical fixation of phosphorus and potassium. This makes it important to have a robust forage stand, which helps to slow down water movement and allows for rapid uptake of soluble nutrients as they’re made available to the plants.”

Start with a soil test

“You can’t deal with high fertilizer prices without a soil test,” Grove asserted. “Soil tests may not be perfect, but without them you cannot target lime and nutrients to those pastures that will most likely result in a positive economic return from applications.”

According to Grove, the first thing to look at on a soil test report is the soil pH. This is the indicator of the soil environment where nutrients will be applied. “Unlike fertilizer, lime prices have remained relatively stable,” he said. “The only thing that may increase is the delivery or application charges because of higher fuel prices.”

Maintaining an optimum soil pH aids in the availability of nutrients and helps maintain a strong legume component, which in turn provides a cheap source of nitrogen for grass growth. “Keeping a soil pH of between 6 and 7 allows for maximum nutrient availability for most macro and micronutrients,” Grove noted. “If it’s a clover-grass situation, you can be toward the lower end of the range, and for alfalfa, you’ll want to be toward the mid to upper end.”

Aside from soil pH, the next most important levels to evaluate are phosphorus (P) and potassium (K). This information will guide the recommended application rate, which is based on numerous past research trials. Levels will also dictate the probability of an economic yield response. 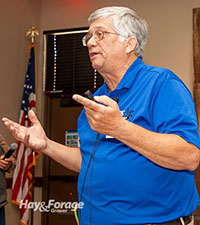 John Grove,
University of Kentucky
“If soil test levels are low to somewhere in the mid-medium range, there will be a high probability of a positive economic fertilizer application response,” Grove said. “From mid-medium to very high levels, the likelihood of a response drops dramatically.”

When it comes to making fertilizer applications, rates are important, but so is timing. Lime, for example, needs to be applied six months to one year before the elevated pH is desired. Poultry litter also needs time to mineralize and provide available nutrients for the crop.

Timing is important for soluble nitrogen fertilizers as well. If applied too early, the nitrogen is subject to loss before the crop is ready to use it.

The most common nitrogen source used on pastures is urea, which is subject to volatilization losses if applied to a dry soil surface. For this reason, Grove recommends applying urea when a rain event is expected in the next 72 hours. An alternative is to apply a urease inhibitor to the urea, which helps to stabilize the nitrogen for two to three weeks but also adds expense.

“Urease inhibitors tend to be more numerous than effective,” Grove stated. “Buy one that has an effective concentration of NBPT as its active ingredient.”

The most cost-effective nitrogen management program for pastures involves the use of legumes. “Keeping an adequate level of legumes in a pasture can eliminate the need for purchased nitrogen, improve forage quality, and mitigate the effects of toxic tall fescue,” Grove noted.

Coupled with legumes, it’s also critical to ensure an even distribution of nutrients from animal manure. This is best accomplished with a rotational grazing strategy and a winter-feeding system that doesn’t involve a centralized feeding area. When all three components are implemented, little to no additional purchased fertilizer is needed.

To conclude, Grove warned against purchasing “too good to be true” fertilizer products and enhancers. “Be wary of products promising greater nutrient availability that are applied at low application rates,” he cautioned.

Bring warm-season annuals out of the bullpen Next