Nothing lasts forever — the string of 11 consecutive months with month-over-month alfalfa price gains has come to an end. The November alfalfa price dropped $3 per ton to $210, which was still $46 per ton higher than one year ago, according to USDA’s Agricultural Prices report.

The record-setting string of positive gains began in November 2020 with alfalfa averaging $167 per ton and ended in October 2021 with an average price of $213. Time will tell if the lower November price is a temporary setback or if the ceiling has been set.

The average price for Supreme and Premium alfalfa hay dropped by $1 per ton to $246, still $46 per ton higher than one year ago. 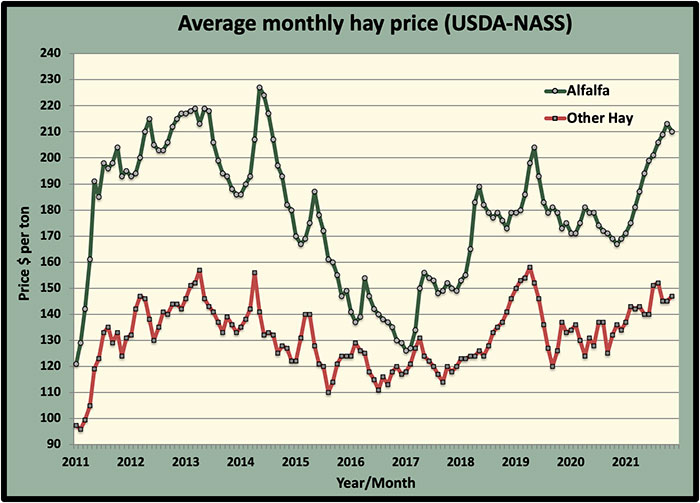 Five states registered double-digit, month-over-month alfalfa price gains in November. Leading the group was Wisconsin, posting a $17 per ton improvement. The next highest jumps were in Wyoming (plus $15) and Iowa (plus $11). Minnesota and Pennsylvania were both up by $10 per ton.

Only two states posted double-digit price declines. These were Kansas and Texas, both down $10 per ton.

The lowest alfalfa hay prices were posted in Nebraska and Missouri, both at $160 per ton. 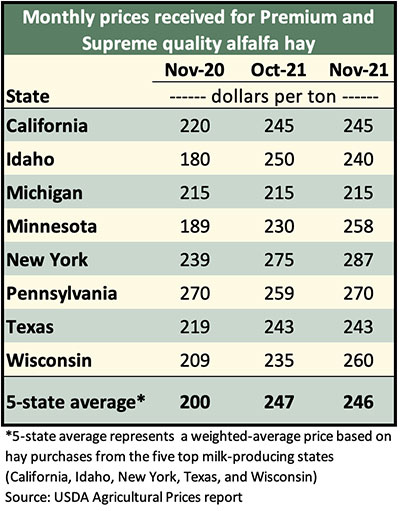 Oklahoma had the lowest reported other hay average price at $90 per ton. It was followed by Missouri ($97) and Nebraska ($100). 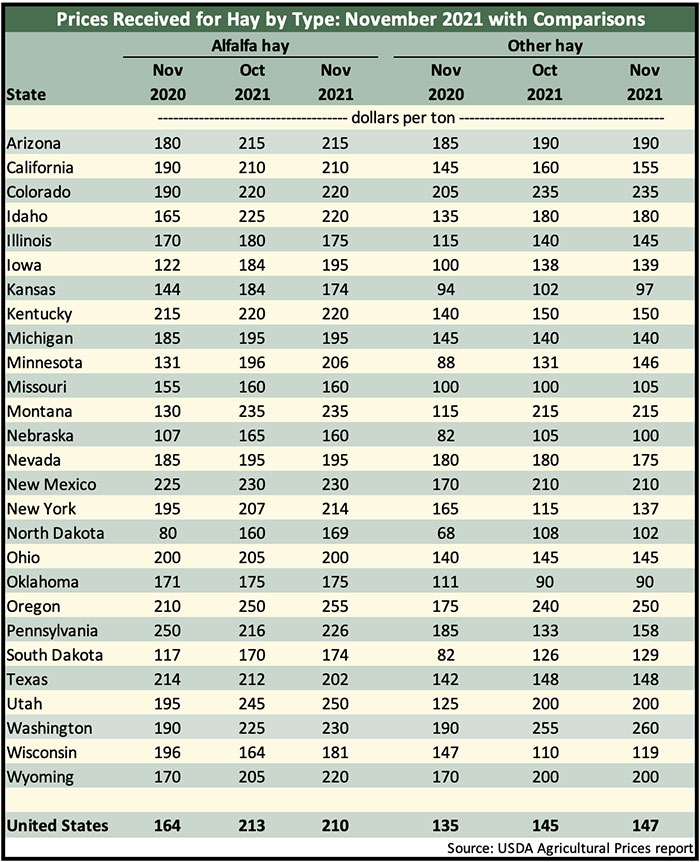 What will shape hay prices in 2022? Previous