‘Tis the season for stockpiling 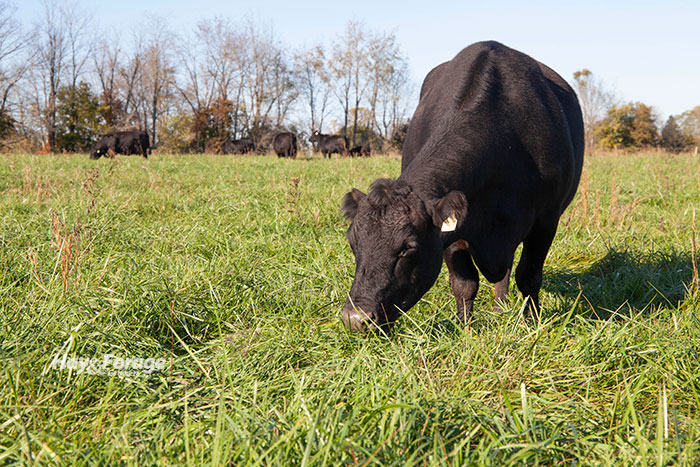 Flipping the calendar from July to August is a reminder that fall is fast approaching. Instead of transitioning to feeding hay when the seasons change, stockpile and strip-graze forage to capitalize on plant yield and quality.

In a webinar from Oklahoma State University Extension’s “Rancher Thursday Lunchtime Series,” Brian Pugh explained how stockpiling bermudagrass and tall fescue can benefit producers whose operations are anchored in these species. The extension agronomy specialist said this practice captures nutrients in fall growth and provides ample tonnage for grazing, which is more cost-effective than harvesting forage mechanically.

Although bermudagrass yields begin to taper when temperatures decline, approximately 25% of this warm-season grass’s annual production occurs after September 1 in Oklahoma. Prepare fields for stockpiling by grazing or cutting bermudagrass to 2 to 4 inches in late August and apply 50 to 75 pounds of nitrogen fertilizer per acre. Forage growth will be complete after the first frost.

According to research trials at Oklahoma State University, stockpiled bermudagrass had roughly 8% crude protein and more than 50% total digestible nutrients (TDN) during November and December grazing. While these values are adequate for dry dairy cows, they may fall short of the protein and energy requirements for lactating cattle. Nonetheless, strip grazing is key to maximizing efficiency.

“Every day we can make that cow graze versus hauling hay or supplement to them, we are saving money,” Pugh stated. “As we move from a continuous stocking system to a strip grazing system, we improve forage utilization drastically.”

Stockpiled bermudagrass produces about 1 ton per acre, and depending on stocking density, it could sustain a system through December.

Stockpiled tall fescue yields up to 1.5 to 2 tons per acre and can extend grazing into January and February. Stockpiling tall fescue is similar to stockpiling bermudagrass in that existing forage must be grazed or cut to 4 inches in late August. Then, apply 60 to 100 pounds of nitrogen per acre to promote plant growth. The cool-season perennial continues to grow later in the fall than bermudagrass, so it will respond to a greater fertilization rate.

In another study from Oklahoma State University, stockpiled tall fescue was strip-grazed in January, February, and March, and nutrient levels were analyzed. Average crude protein content surpassed the requirement for dry cows and was even sufficient for lactating cattle. The same was true for TDN.

“Cows don’t mind going into 5 or 6 inches of snow and digging down to get green forage,” Pugh noted. “That means we don’t have to put hay out and we don’t have to supplement those cows because they are getting very high-quality forage.”

Even though stockpiling tall fescue may bridge the gap between fall and spring grazing in some parts of the country, fescue toxicosis can wreak havoc on a herd. The endophyte fungus between plant cell walls produces an alkaloid that causes vasoconstriction in animals when they consume large quantities of the forage. This results in reduced weight gain, lower milk production, and a condition called fescue foot in which cows’ hooves slough off.

Alkaloid concentrations fluctuate throughout the year, though, and they are low when plant growth is slow. The risk of fescue toxicosis is minimal when stockpiled tall fescue is grazed in January, February, and March, but Pugh cautions producers to remove animals from the pasture after this period.

“I tend to see the most issues when herds are allowed to continue grazing infected fescue through late April and into May,” he said. “If you want to have stockpiled fescue to help from an economic standpoint, the best thing you can do is have a dedicated tall fescue field, close the gate around April 1, and go to some other forage until our warm-season bermudagrass starts to grow again.”

Supplement to dampen drought stress Next