The author is a rancher, author, speaker, and consultant with over 40 years of experience in grazing management research, outreach, and practice. He has lived and grazed livestock in hot, humid Missouri and cold, dry Idaho. 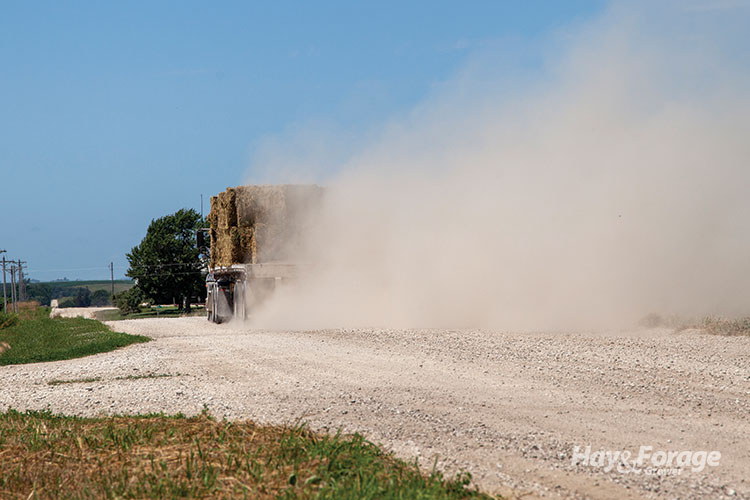 Purchasing more feed isn’t the only or best option during periods of drought.

Much of the western U.S. is still facing moderate to extreme drought conditions that will likely persist through much of the current year and perhaps even longer. At our location in central Idaho, we started the spring in the same situation. We had not seen a month with above average precipitation in over a year, and the April 1 snowpack was only about 60% of average.

However, from central Idaho north into Canada, there has been some good moisture recently. During May and June, we received over 5.5 inches of precipitation, which is about 70% of our annual historic average of 7.88 inches. Mountain snowpack is still strong due to the prevailing cooler conditions. At the moment, things are looking up.

Unfortunately, too many others in the states to the south and east of us are not faring as well. With hay and other feeds at record-high prices, buying feed to maintain stock numbers is probably not an economically viable strategy. In fact, buying feed during a drought is rarely a profitable choice.

Historic financial records have shown that it generally takes three to five years of profit in a cow-calf enterprise to recover from the added cost of using purchased feed to carry a cow herd through a one-year drought without substantially reducing numbers.

During a drought is the worst time to be making decisions about how your farm or ranch is going to operate during the dry period. Keeping your ranch profitable takes forward planning and a proactive drought management plan. If all you can do is react to the current drought, you are already in a precarious position.

The temptation to try to keep all of your stock is generally the first step to a full-blown drought disaster. Depending on location in the country and the prevailing precipitation regime, the damage to your pastures and landscape may be fairly short term in the wetter regions, but it may last many years in a drier region.

If you retain all of your livestock, most livestock producers consider two primary choices: 1. Continue to graze all of your land more severely, which results in resource degradation and subsequent years of reduced carrying capacity; or 2. Buy more feed, which can have huge financial costs that take years to recover from.

There are two other choices that many producers either fail to recognize or consider too late. Destocking should be the first consideration in response to developing drought. Destocking can occur through two avenues. One is selling some portion of your livestock. The other is shipping livestock to an area where feed is available.

Too many livestock producers are hesitant to sell off animals because they fail to understand that grazing or ranching are first and foremost land-based businesses, and that livestock are just incidental to the process. You need to first take care of the land before it will support a long-term profitable livestock enterprise. Destocking is about protecting the land and grazing resources.

The alternative destocking method is putting wheels under those critters and sending them somewhere else where the drought is not so severe or may be completely absent. Usually, an animal unit day (AUD) of grazing costs less than an AUD fed as hay or silage. Yes, there are sometimes exceptions to this principle, but most of the time, letting livestock harvest their own feed is cheaper than having it mechanically harvested.

If we think about a pot load of cattle as 50,000 pounds with a daily intake requirement of about 2.8% of body weight, that load of cattle needs about 1,400 pounds of dry matter per day or about 1,600 pounds of hay. If we are buying in hay as 50,000-pound semi-loads, one semi-load of hay feeds our herd for about one month.

If the cows are grazing for those six months, the feed cost is going to be much lower per day compared to trucked in hay. Yes, there have been past years when hay was much cheaper and the cost savings may not have been as great as it is today. The current average cost for custom grazing pairs is about $42 to $45 per AUM. That is $1.40 to $1.50 per day. Current average hay cost is about $160 per ton. That is $2.24 per day based on an intake of 28 pounds per day.

What are you going to put on the truck? Cattle or hay?

This article appeared in the August/September 2022 issue of Hay & Forage Grower on page 12.