By Dave Combs
The author is a dairy scientist at the University of Wisconsin-Madison. 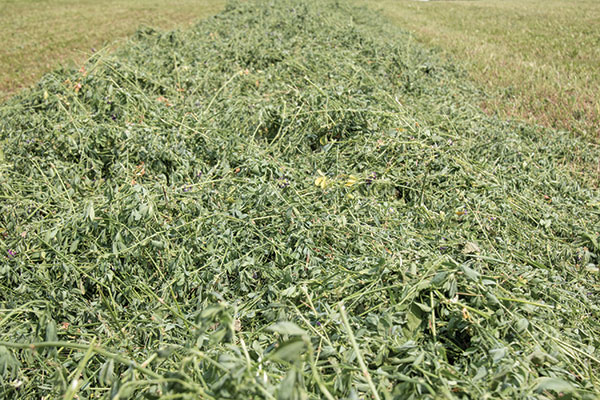 Preliminary evidence suggests that low-lignin alfalfa will, in fact, improve fiber digestibility, but there are still unanswered questions about whether or not this will translate into higher milk production or if these low-lignin lines will yield as much tonnage as conventional lines.

Alforex and Forage Genetics International have taken different approaches to developing low-lignin alfalfa varieties. Alforex developed its Hi-Gest lines by using conventional plant breeding methods. Alforex released Hi-Gest in 2014, and very limited supplies of seed were available for planting this past spring. Forage Genetics International developed HarvXtra by down regulating the pathways of lignin synthesis. The low-lignin trait is combined with the Roundup Ready trait to produce a transgenic variety. HarvXtra will be available on a limited basis this coming spring.

Reducing lignin to improve forage quality has been used in corn and sorghum for a long time. The brown mid-rib (BMR) trait in corn and sorghum was discovered as a natural genetic mutation over 90 years ago. After years of conventional breeding, commercially viable lines of BMR corn and sorghums were made available to producers in the 1990s. During the late 1990s through 2007, 15 university studies showed that, on average, cows fed BMR corn silages produced between 1.5 and 11 pounds more milk than cows fed conventional corn silages.

Alforex and Forage Genetics International are anticipating that their new low-lignin alfalfas will result in similar improvements in milk production as has been achieved with BMR corn. Alfalfa and corn have similar pathways for producing lignin, but no natural BMR mutation has been found in alfalfa. Thus, Alforex and Forage Genetics International chose to take different strategies to develop low-lignin alfalfa varieties. 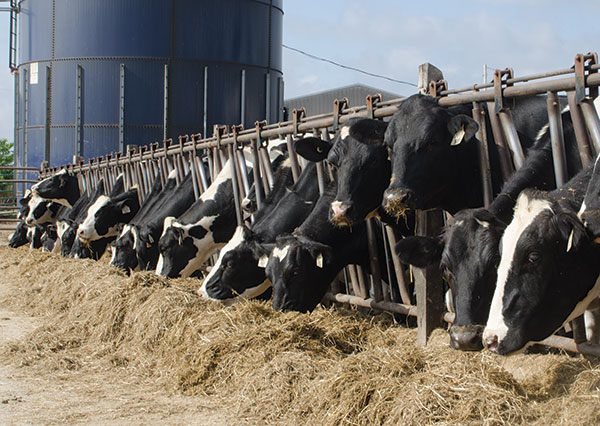 Hi-Gest 360, an alfalfa with a fall dormancy rating of 3, was grown and harvested from research plots in southern Wisconsin in 2014 and analyzed for fiber digestibility. The fiber in the Hi-Gest 360 variety was more digestible and more quickly digested than the fiber in the conventional check variety of alfalfa in both a five-cut and three-cut harvest system (see Table 1).

There are two factors related to fiber digestion that can affect intake and milk production. One factor is the proportion of neutral detergent fiber (NDF) that is potentially digestible (pdNDF), and the other is the rate at which the fiber will digest (kd).

Lignin cross links with fiber and reduces the proportion of fiber that is potentially digestible. When more of the plant fiber is indigestible, feed intake will go down because of greater rumen fill. Rate of fiber digestion helps to increase intake by faster digestion of fiber in the rumen. In our study, both extent and rate of NDF digestion improved.

The HarvXtra alfalfa harvested from research plots also had superior fiber digestibility when compared to a Roundup Ready only alfalfa (see Table 2). In this study, the HarvXtra alfalfa had a higher proportion of potentially digestible fiber and a higher total tract NDF digestibility (TTNDFD) than the alfalfa having only the Roundup Ready trait. Delaying the cutting interval reduced pdNDF and TTNDFD of both forages. Statistically there was little difference in rates of fiber digestion due to cutting interval or between the Roundup Ready and HarvXtra forages.

The TTNDFD value, which accounts for both pdNDF and rate of fiber digestion, indicates that the HarvXtra alfalfa would be a higher quality forage whether harvested at the same maturity as the Roundup Ready or if it was harvested four to five days later than the Roundup Ready alfalfa.

The preliminary data suggests that low-lignin alfalfas will improve forage quality of alfalfa by improving fiber digestibility. Feeding trial data will provide a more critical evaluation. In addition, little is known yet about forage yield and whether or not these low-lignin alfalfas will resist lodging. We expect to find these important answers during the next couple of years.

This article appeared in the November 2015 issue of Hay & Forage Grower on pages 18 and 19.

Marketing hay to the horse owner Next