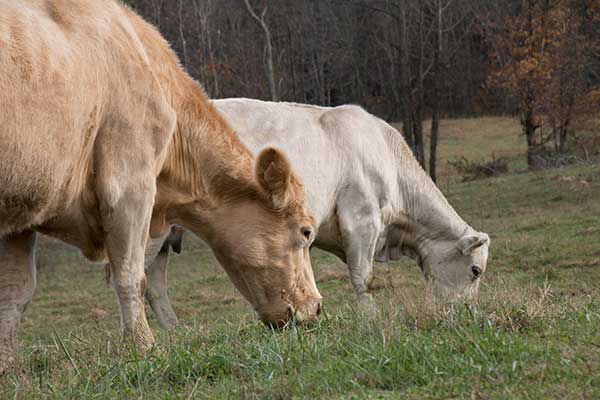 In the “Forage Shop Talk” feature of Hay & Forage Grower (January 2016), I asked grazing guru Jim Gerrish what he thought was the most common mistake still being made by those who have implemented rotational grazing strategies. His answer was not surprising: “Grazing pastures too short and returning too soon.”

I doubt that anyone who rotates pastures hasn’t made the mistake of overgrazing a paddock or more at some point. Though easier to avoid in the spring when pastures are growing faster than the livestock can consume them, as mid- and late-summer roll around and forage growth slows, grazing pastures too short is hard to avoid without some serious preplanning and the willingness to adjust management on the fly.

There are volumes of reading material dedicated to grazing systems and when to move animals onto the next paddock. The “take half of the dry matter, leave half” adage remains a popular foundation for acceptable pasture management; actual height to trigger a move will depend on forage species. Though overgrazing is a somewhat abstract term, we all know what it looks like. We also know that the consequences of grazing pastures too short are long lasting. Here’s why:

1. Removing too much of the photosynthetic factory (leaves) severely limits the plant’s ability to recover and regrow. As such, it also sets the stage for another round of overgrazing the next time through the rotation.

2. The plant’s ability to grow new tillers is compromised. “Some species keep their carbohydrate reserves in structures below ground, others keep them in the lower one-third of the canopy,” explains Yoana Newman, extension forage specialist at the University of Wisconsin-River Falls. “Removing these storage structures limits the plant’s capacity to generate new tillers and persist long term.”

4. Plant root growth is severely impacted. Research studies show that overgrazed pastures result in plants that have less root mass, also being much shallower. This limits the plant’s ability to take up both water and nutrients, especially during periods of dry weather. “Not leaving enough forage biomass can cause drought-like conditions even where adequate amounts of rainfall are received,” says Rocky Lemus, Mississippi State University extension forage specialist.

6. Animal performance suffers as forage intake declines when pastures are overgrazed. Milk production or gain can be impacted both short and long term if pastures are not given an adequate recovery period after being overgrazed.

Overgrazing pastures, especially during periods of dry weather or when carrying capacity is pushed to the limit, is a common occurrence. Often it happens before realizing the damage has been done. There are proven steps that can be taken to keep overgrazing to a minimum or eliminate the problem all together.

Though it’s never an option that livestock producers like to implement, pasture forage may need to be supplemented with stored feed. In extreme cases, livestock might need to be pulled off pastures until adequate recovery occurs. Another option is to plant a percentage of pasture acres to annual warm- or cool-season species and use these acres while perennial species recover and accumulate adequate growth. This latter option needs to be planned for ahead of time.

Overgrazing still remains the single biggest mistake in forage-livestock systems. A little preplanning to avoid overgrazing can help the long-term productivity of both forage and livestock.

Manage around fescue toxicosis Next