Not all grazing rules are gospel 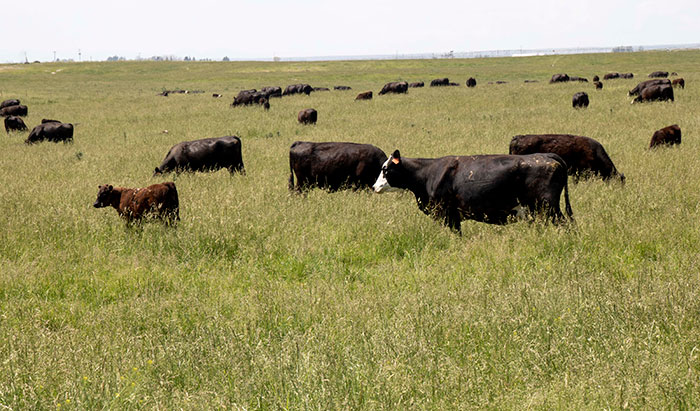 We’ve all used rules of thumb in our daily decision-making processes. Such rules or axioms are generally helpful and, more often than not, result in favorable outcomes.

Farming and ranching don’t lack for thumb rules. “Have your corn knee high by the Fourth of July” is one such rule that has stood the test of time, though its application to modern-day farming practices is worthy of debate.

Drilling down a little more, what about grazing rules of thumb?

Keith Harmoney, a range scientist with Kansas State University, decided to tackle a list of four grazing rules of thumb and comment on their actual merit based on scientific or economic data that support their truthfulness. Here’s what he recently conveyed in a recent edition of Kansas State’s Beef Tips newsletter.

Take half and leave half

Harmoney gives this one a big thumbs up. “This is probably the most common and most important rule of thumb for rangeland managers to follow,” he notes. “Clipping studies and grazing studies have both shown that when approximately 50% of the growing season’s top growth is removed, animal performance and vegetative production are at near optimal levels, and performance can be sustained over a long period of time.”

Harmoney explains that 50% of the total forage growth that remains standing through the growing season is needed for leaf photosynthesis, which produces carbohydrates for new plant growth and helps maintain and produce new root mass. The ungrazed forage also acts as a source of energy to initiate new plant growth for the next season.

“The right stocking rate for a pasture balances forage availability with animal removal to achieve this concept of take half and leave half,” Harmoney says.

You can’t overgraze and make money

Again, a big thumbs up. “Pastures that are overgrazed produce lower net returns than pastures that are stocked at a moderate rate using the take half and leave half concept,” Harmoney asserts. “Greatest net returns per acre will be experienced when collectively the greatest number of animals achieve their most efficient individual gain.”

Harmoney notes that the highest point of efficiency usually occurs at the stocking rate where total pasture gain on a per acre basis is achieved. He says if stocking rates go beyond this point, individual performance is reduced because of a lack of forage quality and/or quantity.

The range specialist notes that grazing studies have shown that the greatest returns per acre are usually achieved at a moderate stocking rate that makes it possible to utilize the take half and leave half rule of thumb.

If it’s not grass, it’s a weed

Thumbs down on this one. Harmoney says that cattle prefer grass, but studies show that up to 25% of grazing cattle diets consist of forbs (broadleaf plants) rather than grasses, especially early in the growing season.

“Many forbs are high in protein and are highly digestible when young and still immature,” Harmoney explains. “Forbs can be important for animals to maintain a high-quality diet. Rangelands contain many forbs that are native legumes and are especially high in protein. These legumes capture nitrogen from the atmosphere and add it to the soil to help maintain fertility and productivity,” he adds.

Although broadleaf plants can be extremely beneficial to the overall grazing program, Harmoney points out that some broadleaf plant problems do occur in pastures. This is especially true when they fall into the noxious weed category.

Likewise, a continuous grazing system that results in overgrazing is also profit robbing.

Harmoney says that the majority of grazing research studies show that animal production and pasture forage production are actually quite similar when continuous and rotational systems are grazed at the same stocking rate.

“For pastures that have a history of overuse, both systems can be used to help with pasture improvement,” the range specialist notes.

1. Lower the stocking rate. This can work with either rotational or continuous grazing.

3. Implement a combination of the above two strategies.

“All three strategies will improve pasture condition over time,” Harmoney says, “but providing a significant rest period during the growing season may help improvement to occur more quickly. Practicing some form of rotational stocking system is often a practical way to implement a rest period across all grazing units,” he concludes.

Pasture renovation is an ongoing process Next