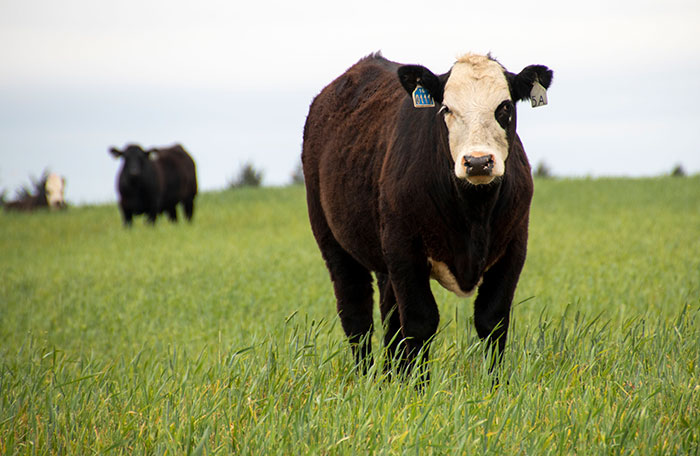 “That statement is as true today as it was back then,” Paul Beck asserted at the Alabama Forage Conference held in Rogersville, Ala., earlier this month. Beck, a long-time livestock and forage researcher at the University of Arkansas, currently works as Oklahoma State University’s extension beef cattle specialist for stocker and feedlot nutrition.

Based on one annual survey, Beck noted that the average weaning weights for cattle in the Southeast lagged behind those in the Midwest for many years. But that trend has reversed in recent years. The reason, he said, was because cattle in the Southeast can graze nearly year-round, but to do so, cool-season annuals such as cereal grains and ryegrass have to be a part of the system.

Cereal grains, before jointing, contain 25 to 30 percent crude protein. Sixty percent of the total nitrogen is soluble nitrogen, which means it’s available in the rumen almost as soon as the animal consumes it.

The total digestible nutrients (TDN) in young, vegetative cereal forages during late fall and early spring can range from 75 to 80 percent. “These forages are providing nutrition that is equal to or greater than a feedlot finisher ration in terms of net energy of maintenance and gain,” Beck said. “So, when we put cattle on these wheat pastures at this time of year, it’s a high-energy diet.” 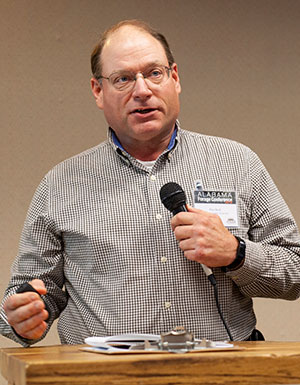 Beck explained that cattle will actually lose weight for the first 10 to 14 days when they go out on these high-quality forages as their rumens adjust. “It then takes another two weeks to catch up to where they started,” he said. “It sometimes takes nearly a month before we’ll see positive gains.”

Small grains are low in fiber and high in soluble sugars. Over the long haul, on paper, the nutrient profile is such that stockers can achieve gains of 3 pounds per day, according to Beck. “But there are limitations that exist, and those are dry matter availability, incomplete use of nitrogen and carbohydrates, an unbalanced energy to crude protein ratio, and an extended animal adaptation to the grazed forage,” he said.

Quality is highest in the fall and spring, but at no time up to the reproductive phase are the energy and protein concentrations going to limit performance for grazing cattle. Cereal forage users should expect cattle to gain 2.5 to 2.75 pounds per day if the pasture is fully utilized.

“The mineral content of wheat forage is something that we don’t think of enough,” Beck noted. “In most cases, we’re okay for phosphorus, but calcium is relatively low, so our phosphorus to calcium ratio is not ideal. What is good is that we can use a lower phosphorus mineral mix, and that is one of the most expensive components,” he added.

In most cases, magnesium is deficient for cereal grains such as wheat, especially during the spring. Compounding the issue is a high potassium level, which can sometimes impact adsorption of other minerals. This raises the risk for grass tetany, Beck explained, and is why a higher mineral magnesium component is needed, especially for lactating cows.

Copper and zinc are marginal to deficient in wheat. “We need to ensure that we have some high-quality copper and zinc sources in the mineral mix,” Beck said.

The beef specialist noted that research always confirms that it is better to feed a complete mineral mix, designed for wheat pasture, than to simply put out a salt block. Also, adding an ionophore further enhances performance, Beck emphasized.

Although cereals can be seeded into a clean-tilled crop field, Beck noted that it’s often the case that they are interseeded into a warm-season perennial pasture.

“With these systems where we’re interseeding the small grain or ryegrass plus a small grain into bermudagrass, timing in the fall is really important,” Beck explained. “Our research generally shows that if it’s dry, you’re still better off seeding on time (October 1 to 15) than to wait for moisture and then seed in November. That latter strategy significantly delays when you can turn cattle out,” he added.

Another effective strategy is to apply a low level of glyphosate to the pasture and force the bermudagrass into dormancy. This allows seeding up to two weeks earlier than if you wait for bermudagrass dormancy.

Beck often likes to use cereal rye for interseeding systems because he gets a lot more winter production. His next choice is wheat, followed by oats, which is more prone to winterkill. When using oats, Beck recommended to mix it with ryegrass; this helps ensure that something will be available for grazing in the spring. He also suggested using about 50 pounds of nitrogen per acre in the fall and in the spring.

Get the right stocking rate

“Don’t turn cattle out too early,” Beck cautioned. “I like to see at least 6 to 8 inches of forage accumulation before animals start grazing.”

Beck cautioned not to overgraze cereal pastures. He said it’s best to provide additional high-quality hay or supplement if you want to boost carrying capacity.

In cow-calf systems, small grains and/or ryegrass will provide more than enough nutrition, even at peak lactation. “If you have thin cows, it’s a great way to add body condition score,” Beck said. “For cows already in good condition, it’s also possible to limit graze these cool-season annual pastures, allowing access for only two or three days per week.”

Beck’s take-home message was this: For a spring calving cow herd, weaned calves can be grazed on cool-season annuals by planting 1 to 1.5 acres per calf. The pastures can be grazed from November or December to at least March.

For a fall calving herd, limit graze cows on cool-season annuals, using them as a supplement; at the same time, allow open grazing for the calves.

Not all grazing rules are gospel Next