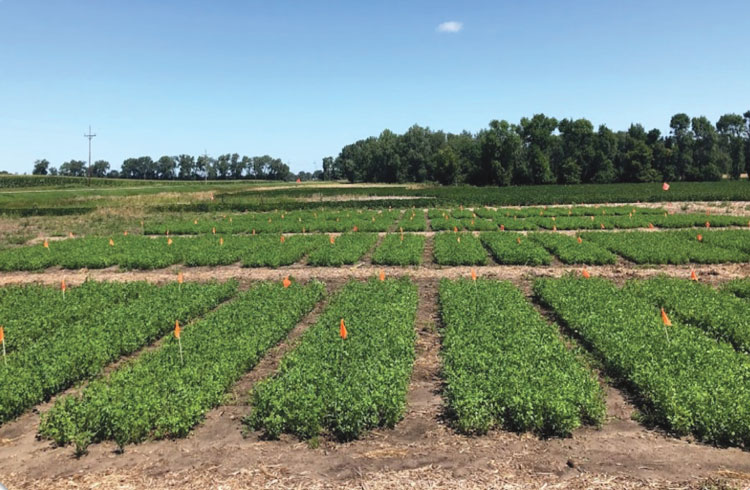 Potassium deficiency is largely to blame for nearly 90% of the stand losses in an alfalfa stand’s fourth year after establishment in North Dakota, said Marisol Berti. The North Dakota State University (NDSU) forage and biomass crop production researcher is working to reduce those losses.

Her efforts on two research projects — funded by National Alfalfa & Forage Alliance’s Alfalfa Checkoff and the National Institute of Food and Agriculture (NIFA) — show farmers it pays to apply potassium fertilizer to alfalfa. That research may also allow them to use less fertilizer, save costs, improve winter survival, and boost alfalfa yields. 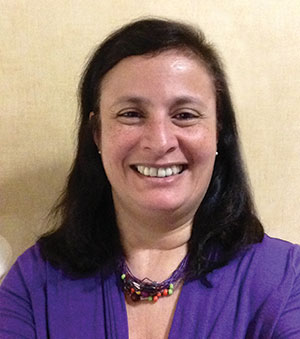 Marisol Berti, NDSU
$37,270
North Dakota mapped its smectite and illite clays in 2017 after Dave Franzen, NDSU soil scientist, found potassium (K) responded differently in crops depending on the amount of those clays in soils. Soils with greater than 3.5 smectite-to-illite ratios pull some K back into thin clay layers when soils are dry; that traps and makes K unusable until soils moisten. Soils with lower smectite-to-illite ratios provide K to crops no matter the soil moisture.

For alfalfa to be persistent and high yielding, supplemental K is needed, particularly on higher clay-ratio soils. But many farmers aren’t applying K — even though harvested alfalfa removes about 50 pounds of it per ton of dry matter, Berti said.

Two farmers, one with high-smectite fields and one with a low-smectite area, let Berti plant alfalfa experiments on their land. Both soils were also very low in potassium, averaging about 100 parts per million (ppm).

“With only seeding-year results, I wasn’t expecting much of a forage yield difference,” Berti said. “But we anticipate next year we will find differences in forage yield among treatments. We didn’t expect that potassium changed the quality of alfalfa, but it increased ash content and lowered total digestible nutrients (TDN). I think, when you fertilize with high rates of K, you have higher deposition of K in stems and possibly a higher stem-to-leaf ratio,” she added.

Currently, one of Berti’s students is analyzing roots collected for carbohydrate and protein levels, because K plays an important role on translocation of photosynthates from the tops of plants to roots for winter. Berti is seeing more soils with K deficiency and greater alfalfa winterkill and hopes her research will convince farmers that fertilizing alfalfa with potassium in K-deficient soils is profitable.

The spring 2020 soil sampling showed that even where 300 pounds per acre of potassium oxide (K2O) treatments were applied in 2019, soil test levels remained at about the same level as plots without K application — approximately 100 to 120 ppm of available K. “The removal of K by alfalfa biomass in two cuts last year only explains less than half of the rate of K applied. We will analyze nonextractable potassium in soils to determine if high-smectite clay soils are immobilizing K in the clay layers,” Berti explained.

The NIFA research, funded through the Alfalfa Seed and Alfalfa Forage Systems Research Program, was built on the Checkoff research. It looks at how fertility treatments and varieties affect the soil microbiome, a general term describing all microorganisms found in soil.

“Arbuscular mycorrhizae (AM) provides an extra radical network that allows alfalfa plants to scavenge nutrients further than their root systems allow and go into those layers within the clays to take potassium out,” Berti explained. “It’s a really interesting and new concept. We’re excited because the interaction of alfalfa with AM is not well-known, and we do not really know which AM fungal communities are colonizing alfalfa in the Upper Midwest.”

Impact of winter grazing on alfalfa Next