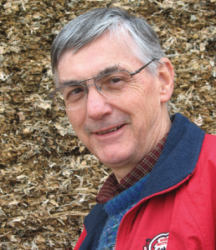 To some extent, crop rotation is in the eye of the beholder: Some farmers think that it consists of a different crop each year which is something impractical for most dairy farmers who plant perennial forage crops. Others seem to think they’re practicing crop rotation when after planting corn in a field for 10 or more years they seed the field to alfalfa (which will remain in the field for several years or more). The latter isn’t crop rotation, it’s “sequential monoculture”! 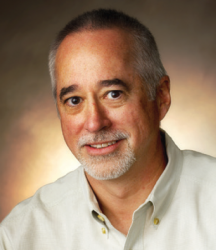 Nitrogen mineralization, which is the microbial breakdown of nitrogen (N) from organic matter into nitrate and ammonium, plays a big part: Corn residue requires nitrogen to break down, so some of the N that would normally be available for plants is absorbed by soil microbes as they decompose the residue. There’s also greater N availability due to the breakdown of soybean nodules. One rule of thumb is to figure on 1 pound of nitrogen available to the succeeding corn crop for every bushel of soybean yield.

In the Illinois study, soil nitrogen supply was responsible for 85 percent of the yield difference between continuous corn and corn rotated with soybeans. However, this research was done assuming a cash grain enterprise with no livestock, and therefore fertilizer was the only source of nitrogen. On dairy farms, where manure provides a ready source of nitrogen, the relative importance of soil nitrogen supply versus some of the other “reasons to rotate” may be somewhat less.

The ability to apply manure to land that will be planted to corn is an advantage, but it doesn’t reduce the importance of crop rotation. Unless the corn stover is baled or otherwise removed from the field, it adds to soil organic matter and helps maintain soil structure. Much of the corn grown on dairy farms is harvested as whole-plant silage, so there’s much less plant material left in the field. Therefore, on dairy farms manure is a valuable source of nitrogen and organic matter.

But even with regular manure applications, particularly with slurry and liquid manure containing relatively little bedding, manure may not provide enough organic matter to maintain soil health under continuous corn culture. And once soil structure breaks down, it takes a long time to recover. In this case, prevention is much better than treatment.

Crop rotation often results in fewer insect and disease problems. Growing a forage crop such as alfalfa or alfalfa-grass can interrupt the life cycles of several insects and diseases affecting corn. This is especially important with the mounting pressure from Western corn rootworms that have developed resistance to the rootworm trait in Bt corn hybrids. Planting and then maintaining a forage crop for several years is an effective way of reducing rootworm problems since this insect is seldom a problem in first-year corn, nor is it usually of economic importance in second-year corn.

Corn isn’t the only crop that benefits from rotation. Many dairy farmers grow soybeans, and in 2014 this crop was affected by an unusually large number of pest problems, both insects and diseases. White mold of soybeans (Sclerotinia) was very serious, and the mold spores of this disease can remain viable in the soil for several years. Farmers who had white mold problems in 2014 are being advised to rotate to another crop such as corn, and if they plant corn, to use either no-till or shallow tillage. The objective is to have the mold spores remain in the top inch of soil and have the spores germinate while the field is in corn since white mold doesn’t affect this crop.

Weeds haven’t been among the most commonly cited advantages of crop rotation, but this is changing with the mounting incidence of herbicide-resistant weed biotypes. Some of these weeds have seeds with a relatively short life in the soil, and rotating from corn to a sod crop such as alfalfa or grass can reduce the number of viable weed seeds several years later when the field is again planted to corn. This will seldom eliminate the weed seed population, but it may significantly reduce the amount of weed pressure. Higher yields and lower input costs: Two good reasons to rotate.