Aphanomyces remains a problem and mystery 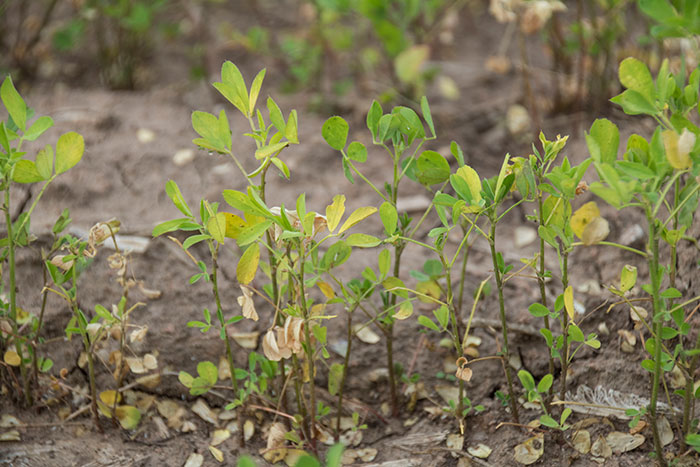 If you grow alfalfa, there’s a good chance you’ve heard of Aphanomyces root rot. It’s a disease that has dogged me my entire working career and it can take out a new seeding field in fairly short order. But there’s nothing about this disease that is easy.

For most alfalfa diseases, they’re identified, resistant lines are developed, then that resistance (or at least strong tolerance) is bred into cultivars across the industry. It has sort of worked that way for Aphanomyces, but this disease has proven to be an exercise in herding cats. In many cases, farmers and their advisers don’t even know they are dealing with the disease because it is so difficult to confidently identify in the field.

Complicating the situation is the fact that it usually takes a relatively costly soil assay to confirm an Aphanomyces problem. As I said, absolutely nothing about this disease is easy.

The disease is caused by oomycetous fungi that are commonly found in wet or poorly drained soils. It often exists in combination with Phytophthora root rot, another wet-soil, fungal disease.

Aphanomyces can also be present in established alfalfa stands. In these cases, plants can be yellow and stunted with poor root development. Infected plants will remain low yielding for the life of the stand.

Aphanomyces can be found in many regions of the United States, from the Northeast to California. Although the causal organism was reported to infect alfalfa in the 1930s, it wasn’t until the 1980s that Aphanomyces root rot (Race 1) was identified as being a significant cause of seeding failures.

Resistant cultivars were soon developed, and the disease was incorporated into alfalfa’s Disease Resistance Index (DRI), making it the sixth disease considered in the index at that time.

It would have been nice and clean if the Aphanomyces story had stopped once Race 1 was identified as a problem and many resistant cultivars were developed. That didn’t happen.

It was in the 1990s that alfalfa seedling failures were occurring to breeding lines with resistance to Race 1. This was being reported in states across the U.S. and a new Aphanomyces Race 2 was identified. Once again, plant breeders when back to the drawing board to develop cultivars with Race 2 resistance.

Eventually, Race 2 was also added to the lineup of diseases considered in the DRI once standard variety checks were identified. This brought the total number of diseases in the DRI to seven.

By now, you might have heard that the processes described above have moved into Round 3. A number of new regional Aphanomyces isolates have been identified that are knocking out stands seeded to varieties with both Race 1 and Race 2 resistance. Plant breeders are hard at work developing cultivars with resistance to these new strains. In fact, we are starting see commercial varieties being offered with resistance to these new isolates. Some have even gone as far to identify them as Race 3.

Additional research suggests that there are numerous races of Aphanomyces that attack alfalfa, requiring breeders to stack resistance genes and to use a broad range of pathogen isolates when developing new cultivars.

What is different about this latest chapter is that the National Alfalfa Variety Review Board has yet to recognize a standardized test for resistance ratings to be universally applied. There are no standard variety checks recognized to date. As such, Race 3, or whatever else it may be called, is not a component of the DRI.

If history is to repeat itself, this last step will eventually occur. In the interim, farmers will need to rely on the integrity of the seed marketer as to the validity of their claims regarding expanded Aphanomyces resistance beyond Races 1 and 2.

The disease continues to baffle and probably always will.

These two things make for quality alfalfa Next