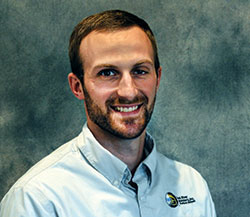 Forages bring a variety of different facets to dairy and beef diets. The physically effective fiber and energy values for forages are often the focal point with nutritionists. Sometimes nutritionists, myself included, overlook another aspect to hay and haylage crop nutrition value that substantially affects your farm’s bottom line — the contribution to protein and amino acid nutrition. Boost forage protein levels in the harvested crop, and then efficiently preserve value protein. Let’s face it, protein is expensive!

Forage protein originates from the ammonium or nitrate-nitrogen in the root zone of the soil being taken up by the growing plant and then incorporated into amino acids to build peptides and proteins. Legumes have nitrogen-fixing microorganisms affixed to their roots that live in a symbiotic relationship with the plant. This is why legumes often are higher in crude protein (CP) value than nonlegume species. On a side note, Nicholas Goeser (my cover crop expert brother) has taught me that nitrogen (N) conversion into plant tissue is only, at best, around 30 to 40 percent; thus, there may be profitable opportunities for improving N conversion in your fields.

We think of protein in many different ways. For example, in human diets, high-protein shakes are often marketed for health and strength. In animal nutrition, protein conversion from feed to meat and milk represents a component of farm profitability. Protein is the backbone of our industries’ products, and the world generally demands more through meat, cheese, butter, and other dairy products. Improving protein yield, however, partly begins with forages and a better understanding of CP on your farm.

A typical dairy diet contains between 12 and 17 percent protein (dry matter basis). One can interpret this in pounds as well: For a cow consuming 50 pounds dry matter, this equates to her eating between 6- and 8-plus pounds of CP. In a 50 percent forage diet, with a two-thirds corn silage and one-third hay or haylage ratio, roughly 3 pounds of this CP comes from forage. It’s not all amino acids though, and here-in lies an efficiency-capture opportunity.

Crude protein in forages represents a variety of N molecule-containing forms. In the feed analysis laboratory, CP is measured by quantifying the total N concentration in the feed, and then multiplying this value by 6.25. The equation for a 20 percent CP hay would be as follows (all on a dry matter basis): 20 percent CP equals 3.2 percent N times 6.25.

Some nonprotein N-rich compounds (for example, ammonia-N) are lumped into the CP measure. With fermented haylages, it is important to understand and differentiate nonprotein N for several reasons. One is to identify forage preservation inefficiencies and opportunities.

In an ideal haylage, nearly all plant protein harvested in the fresh-chopped crop is preserved intact and available for the cattle in the total mixed ration. However, ensiling leads to some protein breakdown as various epiphytic (wild) fermenting bacteria (for example, some Clostridia spp.) can use amino acids as fuel. A by-product of protein breakdown is ammonia-N (NH3-N), among other compounds.

Check the ammonia-N level in your fermented haylages. If the ammonia-N is greater than 10 percent of the total CP, then there are likely opportunities on your farm to improve CP preservation in the silo. The case is different with corn grain and silage. Based on some University of Wisconsin research, ammonia-N and soluble CP as a percent of total CP are both indicators of the fermentation extent and starch digestibility.

Another protein measure, acid detergent insoluble CP (ADICP), can offer valuable insight into protein damage during ensiling. In the lab, technicians rinse the feed with a strong acid and then measure residual CP. In nutrition models, the ADICP measure is used to calculate protein digestibility and this makes sense. If a protein is insoluble in acid, then it’s probably not all that available to cattle consuming the forage. Ideally, ADICP values in forages are less than 1 percent of dry matter; however, with excessive heating during ensiling and heat damage, more protein is bound in an acid insoluble form.

Ammonia and ADICP should be a small component of total CP in forages. Amino acids are the more desirable building blocks to peptides and proteins, like the individually linked chain rings in a logging chain. While ruminants can utilize nonprotein nitrogen (ammonia) to build up proteins, the rumen bacteria require energy to accomplish the protein build. It is not necessarily an efficient bacterial digestion process to ask those bugs to build ammonia back into protein that should have been available as protein.

There are a few other protein measures listed on a feed analysis report (for example, calculated rumen degradable protein or neutral detergent insoluble crude protein). However, their applications vary.

The focus here is on checking a few protein measures and using them as fermentation efficiency indicators. Identify opportunities to better preserve haylage. Plan to cut hay crops at optimal maturity, wilt to 40 to 50 percent dry matter, preserve with a research-backed inoculant or preservative, pack to 55 pounds per cubic foot of as-fed density, and then cover or seal the haylage as soon as possible to ensure more usable protein is available for your herd.

This article appeared in the March 2019 issue of Hay & Forage Grower on page 15.

Alfalfa at a crossroads Next

The good, bad, and ugly for hay exports Previous