In search of better alfalfa genes 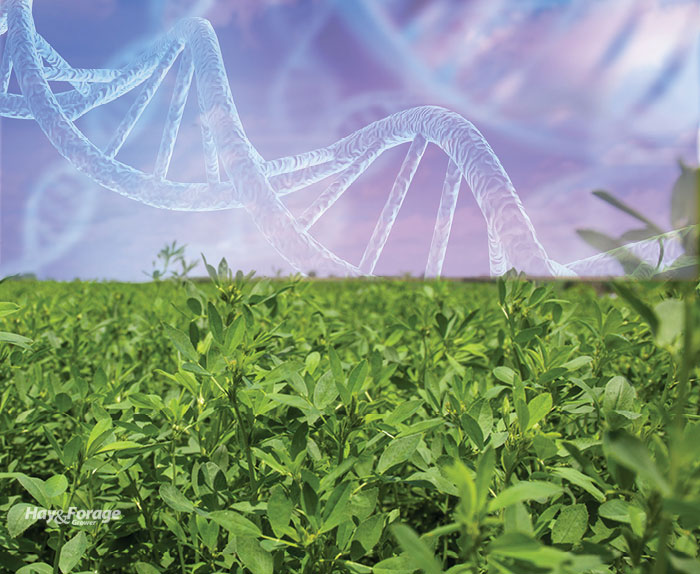 For many years, developing improved alfalfa varieties has involved rigorous, long-term field research, measurements, and observations. That approach isn’t going away anytime soon; however, there is now a way to maybe get a head start in what is the marathon of alfalfa variety development.

“Our goal was to find the genes behind those traits, and then pass that data on to commercial breeders who can introduce better varieties of alfalfa,” said Steve Norberg, extension forage specialist for WSU.

The researchers established 200 domestic and international alfalfa strains in field trials located in Washington, Oregon, and Idaho. Each strain was examined for 30 traits that impact forage quality while also documenting yields and fall dormancy scores.

Next, the researchers genotyped the best plants and identified 10 genetic markers associated with traits such as fiber content and digestibility and protein content, screening nearly 47,000 DNA markers.

According to a WSU research summary, some of the markers found were linked to more than one trait, indicating that common genetic factors control multiple traits. Forage yield and quality also varied by location. This suggests that the environment interacts with genetics to affect performance.

Identifying beneficial genes that promote improved forage quality and/or yield will help breeders accelerate alfalfa variety development. The discovered beneficial markers have already been shared with others in the industry.

“These genes could really change things and speed up improvement in seed programs,” Norberg said. “Breeders will be able to use these strains to bring out new varieties that are more digestible and nutritious for dairy cattle, giving our alfalfa and dairy producers more value.”

The research was funded by USDA’s National Institute of Food and Agriculture (NIFA) with support from the National Alfalfa and Forage Alliance (NAFA).